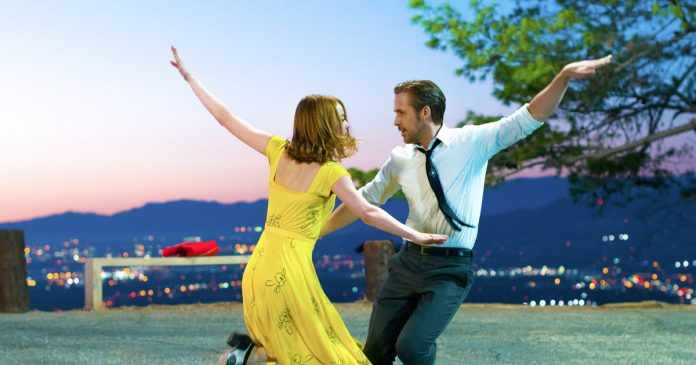 It’s the most wonderful time of the year; as the red carpet is rolled out for the annual BFI London Film Festival. Taking place in the nation’s capital, and due to the fact it’s at the end of the festival circuit, the LFF works as something of a best of, programming a collection of the greatest hits to come out of Sundance, Berlin, Cannes, Venice and Toronto (with a fair few world premieres, too). Needless to say there’s a myriad of remarkable films you simply will not want to miss – so now we at HeyUGuys pick our 11 best films of the festival, in no particular order. Because sometimes 10 just ain’t enough.

We’re fully aware of the fact that it’s far too early to go around making bold predictions about who will win what at the forthcoming Academy Awards, but where’s the fun in keeping schtum? La La Land will win Best Picture, and the reason we say that is because it’s absolutely, insanely, wonderful. Plus, it’s a love letter to Hollywood, and we all know the Academy like giving themselves a little pat on the back from time to time. Damien Chazelle took our breaths away with Whiplash and he’s done the same again here, in a film so gloriously contrasting in tone, and yet comparable sheerly in terms of distinct quality. Emma Stone and Ryan Gosling’s chemistry is undeniable as the star-crossed lovers at the core of this romantic musical, while the song City of Stars will stay in your head for a long, long time after seeing this – and believe me, that is not a bad thing.

Manchester by the Sea

Kenneth Lonergan’s preceding endeavour Margaret was a compelling character drama, and yet despite it’s brilliance, it faced a challenging release after a feud between director and studio. The auteur’s latest, however, seems to be having far less issues, and those who benefit from this fact are us – for this Manchester by the Sea is one of the most captivating, intensely moving dramas you’ll see for a good long while, of a man who returns back home to be the guardian for his nephew, following the untimely death of his brother. Casey Affleck turns in a career best performance, and could well win an Oscar for his troubles – while Michelle Williams, who plays his ex-wife in the feature, matches her co-star at every turn.

Upon seeing J.A. Bayona’s A Monster Calls in Toronto, after the film there was a queue to get into the toilets, because everybody needed more tissues, for their original supply had run out. There were people being comforted in the corridor, and herds of people walking around with big bloodshot eyes, and blotchy red cheeks. Doesn’t sound too appealing, granted, but A Monster Calls is a rewarding drama that studies the notion of loss and fear, and coming to terms with a loved one’s illness at such a tender age. With a staggeringly impressive breakthrough performance by Lewis MacDougall, the film also stars Felicity Jones and Sigourney Weaver – while Liam Neeson voices the Monster.

Feels like a while since we last had a truly engaging, heartwarming British drama to indulge in, but Their Finest is just that and more, as Lone Scherfig assembles a remarkable cast together – such as Gemma Arterton, Sam Claflin and Bill Nighy – not to mention Eddie Marsan, Helen McCrory, Jeremy Irons and Richard E. Grant. The film is like a who’s who of British talent and with a screenplay this accomplished you can see why they signed on, as a tale of a young screenwriter (Arterton) employed to write uplifting propaganda films with a woman’s touch, to help enforce the notion of hope amongst a desperate society in the midst of the Second World War.

Spike Lee does Greek comedy, with this pertinent, innovative take on gun crime in the US, in a wickedly Shakesperian set-up with Samuel L. Jackson narrating, as the wives and girlfriends of those engrossed in gang war present their partners with an ultimatum; no sex until the conflict ends. Nick Cannon and Wesley Snipes star, while Teyonah Parris steals the show. It’s a creatively inclined, resourceful slice of modern cinema that demands a big-screen viewing.

Barry Jenkins is proving himself to a real force to be reckoned with behind the camera, as his sophomore endeavour Moonlight is about a masterful a piece of cinema you’ll see this year. We follow the tragic story of Chiron, from his childhood to his teens and to his adult life. Portrayed by three actors – each exquisite in their depiction – the young black man, growing up in Miami, is gay. His mother is a crack addict, and he’s bullied at school, as watch on he attempts to navigate his way around this complex situation, vying to make sense of the world around him, and who he really is.

The prolific Chilean filmmaker Pablo Larrain has since turned his head to the English language, wowing audiences in Venice and Toronto with Jackie, starring Natalie Portman. But before then, he also made a film in his native language, Neruda, which received a hugely positive reaction having premiered at Cannes. This unconventional biopic of a Nobel Prize winning poet stars Luis Gnecco in the title role, while Gael Garcia Bernal plays the inspector attempting to hunt him down. Larrain’s The Club was one of the greatest films of last year, and chances are with Neruda this year, and then Jackie next – he’ll be included in many best of the year lists on a consecutive basis.

Whatever you do, don’t go and see Ethel & Ernest on the same day as A Monster Calls because there really is so many tears we produce in one day. This beautiful animation comes from Roger Mainwood and is adapted from Raymond Briggs’s graphic novel. Jim Broadbent and Brenda Blethyn voice the lead couple, who are the parents of the author – as he chronicles their life together, from the moment they meet until the moment the pass away. Contextualised, and narratively enriched by the Second World War, this animation thrives in the notion of the unremarkable. But sometimes the unremarkable can make for the most enchanting of romantic tales.

Picking up the Best Actor award in Cannes (Shahab Hosseini) and Best Screenplay, Asghar Farhadi’s latest seems to be a return to form, following the accomplished, if somewhat underwhelming drama The Past. His latest is garnering far more comparisons to preceding pictures A Separation and About Elly, telling the tale of a couple who find their relationship with one another put to the test during their performance of Arthur Miller’s Death of a Salesman. The director has a knack of creating melodrama in a hauntingly naturalistic way, and this feature seems no different – as one of the world’s most important filmmakers continues to ensure that title is very much apt.

Michael Fassbender and Brendan Gleeson. Two reasons why you simply won’t want to miss Adam Smith’s feature film debut Trespass Against Us. Not much more to add, really.

André Téchiné’s latest is Being 17, working from a screenplay from the immensely talented writer Céline Sciamma, who was at the helm of previous LFF favourite Girlhood. This time, however, it’s teenage boys at the core of the story, as schoolmates and adversaries Damien (Kacey Mottet Klein) and Thomas (Corentin Fila) find themselves living together when the latter’s mother is too ill to care for him. They hate each other, then they love each other, and then they hate each other again, and then, well, just see it. It’s mesmerising cinema.

The BFI London Film Festival runs from 5-16 October 2016. For more information, and most importantly, tickets – head to this link here.

Lionsgate to host 4 nights of free movies with ‘Lionsgate Live! A Night at the Movies’