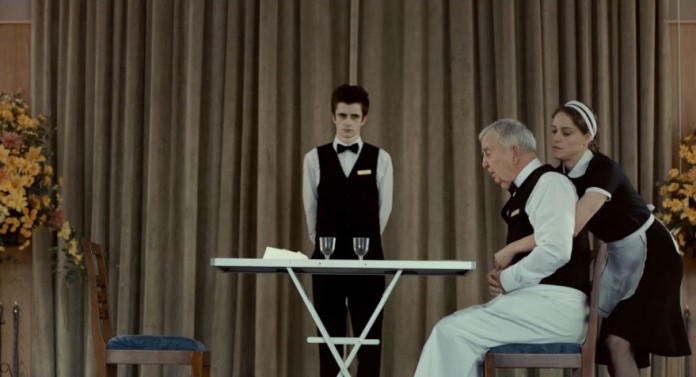 One of the highlights of the 2015 London Film Festival is the chance to catch Yorgos Lanthimos’ latest film, The Lobster. It is the strangest romantic comedy you’ll see this year.

Colin Farrell and Rachel Weisz lead this odd tale of the dead-end dregs of society (i.e. single people) looking for love and hoping to find it in the most likely place – an out of the way hotel where the collected gather for one last chance attempt to pair up before…well, we’ll let you find that out.

This world exclusive clip delivers us to said hotel, where the assembled are led through the benefits of coupling. It’s a beautifully shot scene, with just the right amount of dark humour and oddness to the proceedings.

The film is out on the 16th of October and it’s a must-see, our review from its premiere at Cannes gives an idea of exactly why.

And below are some of the PSAs in which the marketing department for this film have captured the absurd, joyless tone perfectly.