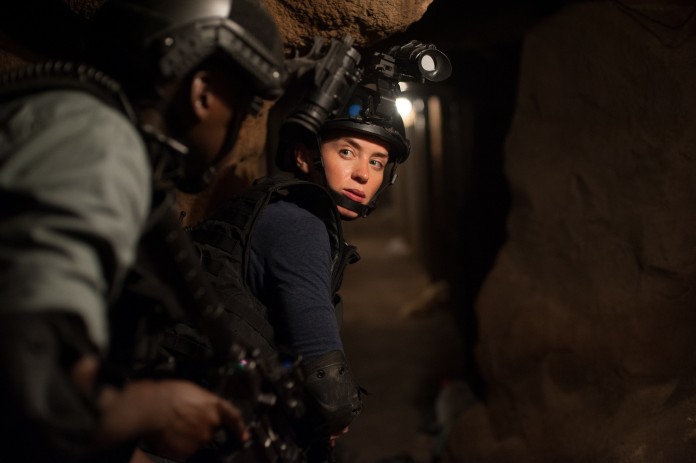 All eyes will be on Sicario, the forthcoming film from Denis Villeneuve, this October. Not least as his next film (a small sci-fi called Blade Runner 2) will be his most visible, and probably his most divisive.

It’s worth remembering that the director has already crafted a series of incredible films, suffusing and elevating genres with complex characters, a magnetic visual style and an enthralling command of the subtleties at play.

We saw Sicario, out in the UK on the 9th of October, at its premiere at Cannes this year, and loved it. This new trailer shows a little bit of exactly why that is.

In the lawless border area stretching between the U.S. and Mexico, an idealistic FBI agent [Emily Blunt] is enlisted by an elite government task force official [Josh Brolin] to aid in the escalating war against drugs.

Led by an enigmatic consultant with a questionable past [Benicio Del Toro], the team sets out on a clandestine journey forcing Kate to question everything that she believes in order to survive.

Emily Blunt stars in new trailer for ‘The English’