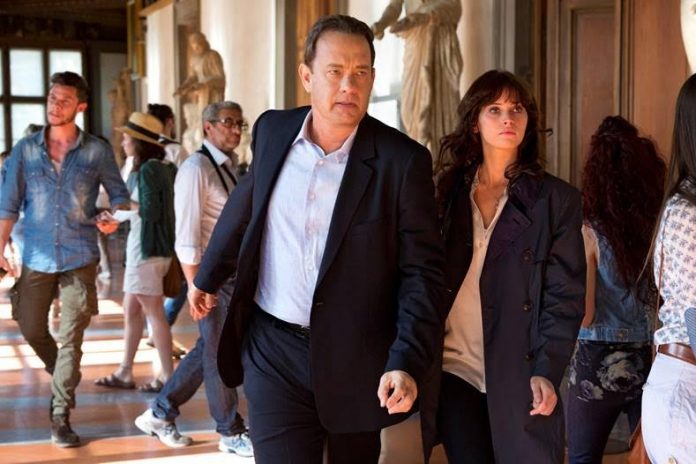 When it comes to the Robert Langdon saga, based on the popular novels by Dan Brown, the viewer has always represented something of a blank canvas, naïve and unaware, allowing the aforementioned professor to work out everything on our behalf, as we sit back in awe as he pensively pieces the mystery together. But in the third instalment into the franchise, Inferno, we’ve lost the reliable entry point, for the puzzle breaker has amnesia, and is vulnerable, and lost. What transpires is a thriller that borrows, affectionately, from the Jason Bourne series, as we watch our hero attempt to make sense of the complex world around him, with time ticking on.

Following on from the events of The Da Vinci Code and Angels & Demons, we now reconnect with our favourite symbologist Langdon (Tom Hanks) in Florence, where he is awoken by doctor Sienna Brooks (Felicity Jones), informing him of his memory loss having been kidnapped, and subsequently attacked. Before he has time to fully comprehend the situation, a woman appears at the hospital wanting him dead, and he escapes thanks only to the bravery and diligence of his only trustworthy ally; Sienna.

When the pair return to her flat, dissecting and deciphering clues which lead them back to Dante – they learn of a recently deceased madman, Bertrand Zobrist (Ben Foster), who had plans of unleashing a deadly global virus that will wipe out a large proportion of the world’s population – and while he may be dead and gone, the virus still exists, and it’s left to Langdon to prevent it.

The way the narrative unfolds is somewhat contrived, but when left in the hands of such an accomplished filmmaker in Ron Howard it becomes easy to immerse yourself in this world. What also helps is having an actor with the sheer magnitude of Hanks, who is never not watchable. The supporting cast of Jones and Foster helps matters, while even the smaller supporting roles are left in the capable hands of Omar Sy, Irrfan Khan and Sidse Babett Knudsen.

Though don’t let the new additions to the cast fool you, for this film very much remains in the same universe as what preceded it, on a similar level, both in terms of quality and tonally, to both of Langdon’s previous two big screen outings – which is rather feint praise to say the least.

But despite being so closely tied to what came before, Inferno very much works as a standalone endeavour. It helps of course to be based on a novel, which happens to be the fourth by Brown in this series, as we appear to have skipped the third, The Lost Symbol – and to be honest, it’s hard not to feel a little comforted by the fact we seem to be one step closer to the end.

Will Smith stars in trailer for ‘Emancipation’