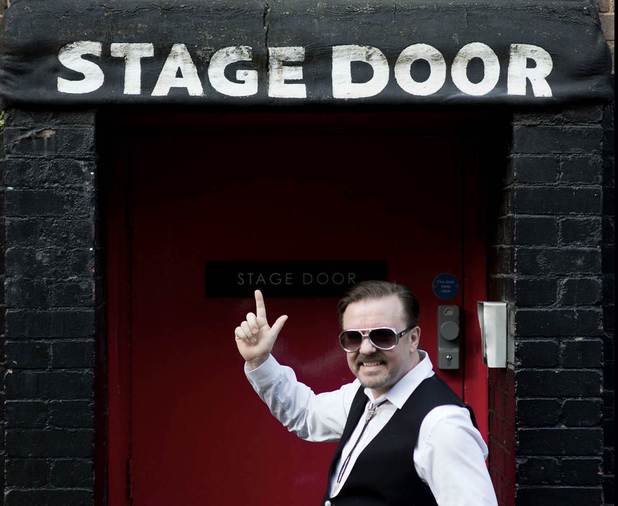 Ricky Gervais is bringing back his greatest comedy creation for a big screen adventure next year and the next chapter of David Brent’s life started shooting in London today.

Life on the Road, written by, starring and directed by Gervais brings a documentarial spotlight back on the ex-office manager as he follows his dream of being the next big thing. Again.

The film will follow Brent self-financing a tour around the UK with his band ‘Foregone Conclusion’. Tom Basden, Ben Bailey Smith, Jo Hartley and Tom Bennett appear along Gervais, and the film is due out in August 2016.

Expect a trailer early next year, until then console yourself with the first image from the film. Here’s the pin-up pose, click it and it’ll all get bigger.

The last time we caught up with Ricky Gervais was at the junket for Muppets Most Wanted, where we were bullied by an angry frog, then ordered out of the room. Sad times.

The episodes that made Great Sitcoms Great