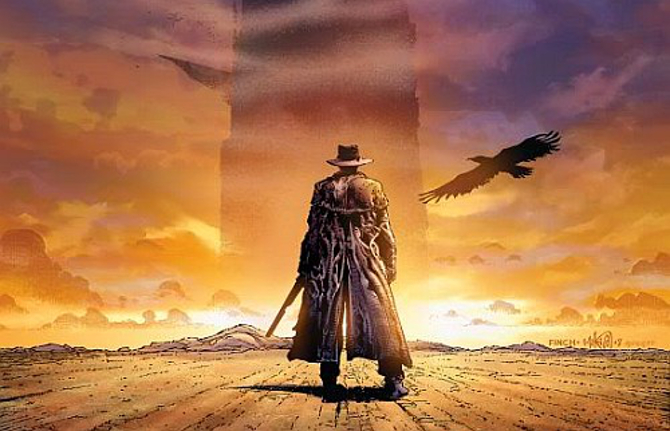 There can be few authors whose work has been adapted as often, and arguably as successfully, as Stephen King. Be it on the big or the small screen, a large proportion of King’s sizable back catalogue of novels, short stories and novellas have been filmed, with one of the most recent being Bag of Bones.

King’s 1998 novel about an author suffering severe mental block following the death of his wife, was adapted for television by director Mick Garris (who previously also helmed a TV adaptation of King’s Desperation) and boasted an impressive cast including Pierce Brosnan and Melissa George.

With the news today that Matthew McConaughey is nearing the lead role in the long-awaited adaptation of The Dark Tower, we’re looking into Stephen King’s bibliography to pick out some of his key texts that, for one reason or another, have never been filmed for either television or a cinematic release.

Considering how popular King adaptations have been, you’d expect there’s a good reason the others have never been able to make it to the screen, so let’s take a closer look at those key texts that have stayed confined to the page. [And watch out for spoilers in our synopses!]

King’s fourth novel, and the first to be released under the pseudonym Richard Bachman, Rage follows a high school student named Charlie Decker, who blows a fuse and kills two teachers, before taking a number of his fellow students hostage at gunpoint.

We can probably say with some confidence that we’ll never see an adaptation of Rage. After a spate of real life high school shootings, King withdrew the book from publication, saying: “My book did not break [these teenagers] or turn them into killers; they found something in my book that spoke to them, because they were already broken. Yet I did see ‘Rage’ as a possible accelerant, which is why I pulled it from sale. You don’t leave a can of gasoline where a boy with firebug tendencies can lay hands on it.” You can bet your bottom dollar that King won’t be selling the rights to Rage either now or in the future, and for good reason too.

The second Bachman book – unusually just three of the seven novels written under the pen name have made it to the screen – is set in a totalitarian dystopia in which one hundred teenage boys must participate in an annual, non-stop walking contest across the east coast of the United States. Participants who drop below an average speed of 4mph are shot, while the final surviving walker wins ‘The Prize’: anything he wants for the rest of his life.

It’s hard to say why the novel, which was published during a period in which most of King’s work was immediately optioned for the big or small screen, wasn’t considered similarly worthy. Sure, the story would make for a fairly grim and harrowing viewing experience, but so does a lot of King’s work. Perhaps the reason it wasn’t immediately snapped up was because it bore the Bachman name rather than King’s.

The rights to film the novel have been optioned since, however, by Frank Darabont no less, who has brought King’s work to the big screen before (The Shawshank Redemption, The Green Mile, The Mist) with a great deal of success. Although there’s no sign that Darabont will be adapting the novel in the immediate future, he has said in the past that, “I’ll get there eventually. Just like I finally got there with The Mist.” And as for what his take on the film may be like, Darabont says it will be “more of an art house film than what we’d consider a mainstream Hollywood movie. When I do make it, I’m sure the budget will be even lower than on The Mist…a lot lower.”

One of four novellas collected into King’s Different Seasons, The Breathing Method is framed by a story in which a man named David is invited to join a mysterious men’s club, where the members tell strange (but purportedly true) stories to one another. One of those stories is The Breathing Method: the tale of a young pregnant woman in the 1930s, who masters the titular method to help her through childbirth. The tale takes a macabre twist when the patient uses the technique to give birth to her child, even after her head is separated from her body in a tragic car crash on the way to the hospital.

Why hasn’t it been adapted?:

The three other novellas in Different Seasons, Rita Hayworth and the Shawshank Redemption (Frank Darabont’s The Shawshank Redemption), Apt Pupil (Brian Singer’s Apt Pupil) and The Body (Rob Reiner’s Stand By Me) have all made it to the big screen, while The Breathing Method, which is shorter and clearly much less cinematic than the others, has not. The story seems better suited as fodder for an episode of a series like The Twilight Zone, The Outer Limits, or Tales From the Unexpected, but given that that type of television series is no longer in vogue, that avenue now appears to be closed.

Surprisingly, though, the story was optioned last year by Scott Derrickson and Jason Blum (Sinister), who are currently developing it into a feature. It’s going to take a lot of work to contort King’s story into a compelling movie, and we’ll have to wait and see whether they can pull it off.

Jessie Burlingame and her husband Gerald are visiting their secluded cabin in Maine for a romantic day away, where they decide to engage in a kinky sex game, which involves Jessie being handcuffed to the bed. When she changes accidentally kills her husband while trying to rebuff his advances, Jessie realises that she’s trapped and has little hope of rescue.

The subject matter is almost certainly too risqué for network television, and it’s likely that the rating that would accompany the unavoidable mix of sex and violence in the premise has deterred any studios from picking it up. There’s also the worry that it could come off as quite exploitative, having an actress chained semi-nude to a bed for the duration of a movie, and then there’s the fact that the single location and relative lack of action doesn’t make for an easy adaptation.

There were some vague rumours back in 2006 that Craig R Baxley was hoping to direct an adaptation, scripted by King himself and starring Nicole Kidman, but they came to naught. We probably won’t be seeing this one any time soon.

The first Richard Bachman book since the pseudonym was exposed over a decade earlier. The Regulators was released at the same time as King’s Desperation, and serves as a mirror to that novel, existing in a parallel universe where the same characters exist, albeit in different circumstances. The novel follows an autistic boy named Seth who gains to power to control reality, and transforms his street into a wild west caricature where the residents are attacked by the creations of his mind.

The Regulators’ mirror novel, Desperation, was made into a TV movie by Bag of Bones director Mich Garris back in 2006, and starred Ron Perlman, Tom Skerritt and Steven Weber. King called it “probably the best TV movie to be made from my work,” although it was scheduled against that years finals of American Idol, and performed poorly in the ratings as a result. Perhaps that has deterred others from taking on The Regulators, which features the same primary antagonist; an evil being named Tak who is able to possess humans.

The novel could have become a movie much earlier too, with King originally conceiving of it as a screenplay that went by the title of The Shotgunners. He took it to director Sam Peckinpah, who King says “liked it a lot and suggested some things for the script that were really interesting.” Sadly, Peckinpah passed away shortly after that conversation, and King’s story became The Regulators.

Dashcam’s Rob Savage on his “loud, boisterous cousin” to Host & wanting to impress Stephen King with The Boogeyman