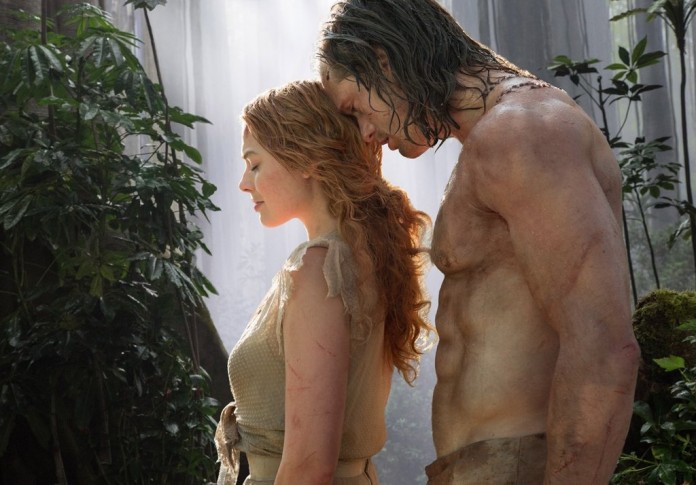 The opening image we’ve come to expect when indulging, yet again, into the renowned tale of Tarzan, from the creative mind of wordsmith Edgar Rice Burroughs, is that of a feral child, abandoned in the jungle, set to be raised by a family of apes. But this David Yates endeavour rejects that notion, and is far from your archetypal origin story – instead taking place a decade on from the setting we’ve become so accustomed with.

Now we meet Tarzan as John Clayton, played by Alexander Skarsgard, adjusting to life in London as a Victorian Lord, alongside his loyal partner Jane (Margot Robbie). Though on the surface it appears the pair have acclimatised to this cultivated aristocratic society, when proposed with the idea of returning back to Africa, by the American statesmen George Washington Williams (Samuel L. Jackson), Clayton fervently obliges, as he seeks in investigating a mining encampment. However upon his arrival to his former home, Tarzan finds himself the target of the deadly headhunter Leon Rom (Christoph Waltz) who has promised the somewhat mythological figure to a native tribe, led by Chief Mbonga (Djimon Hounsou), in exchange for diamonds.

Though a fantasy film of sorts, The Legend of Tarzan is grounded by the imperialist themes on show, with an opening act that lays the foundations for the rest of this film. Steeped in socio-political history, we shine a harsh light on humanity – however that doesn’t mean we necessarily needed this particular story to be told. The means of presenting this narrative is clumsy too, and while there is by no means an obligation to be chronological, Yates takes an overtly complex approach with the mix between present day and flashbacks, with a distinctly convoluted structure that can disorientate the viewer.

Regrettably the performances don’t exactly make amends either, as we do not utilise Waltz nearly enough in this nefarious, antagonistic role. He takes a rather internal, pensive approach, not using that remarkable gift of the gab he has, which makes for such indelible cinematic villains, where he intimidates and plays with his prey through his dialogue. Robbie impresses, however, as Jane is depicted as something more than your conventional damsel in distress, complete with her own back story, as a more rounded figure to that of which we have seen with this literary creation.

However for the eponymous lead himself, Tarzan has no real charisma – which is quite remarkable where Skarsgard is concerned. Representing a cipher of sorts, he is emblematic of a film that comes devoid of personality, with very little character, and few moments that evoke humour. There is always the Samuel L. Jackson “nut licking” gag, but they remain few and far between. Of course that’s not to suggest for one minute that films require comedy in order to triumph, for many pictures thrive in more bleak, sombre environments – but this particular film is desperately in need of an injection of adventure.