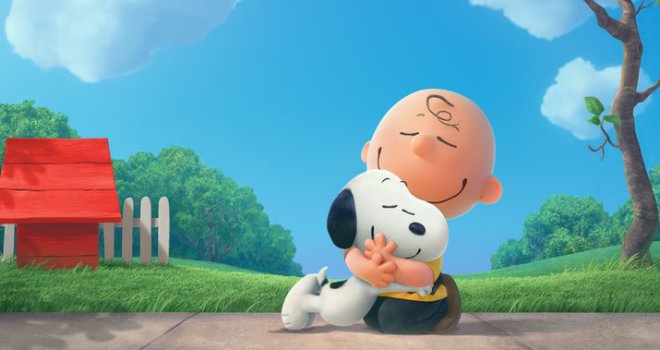 The more we see of Old Chuck Brown and the gang the more it seems that Blue Sky and the Schulz team have got this new version of Peanuts rights.

Those worried about the transition to a CG world will have those fears allayed by this new trailer, which does nod to the hand drawn legacy of the gang. What has not changed however is old down on his luck Chuck and the ever-bemused, ever irritated beagle.

Charlie Brown and Snoopy have a timeless charm which its greatest strength, and this is more than evident from the new peek at The Peanuts Movie. The film is out on the 21st of December so anyone looking to escape from the overwhelming grip of an Awakened Force will have something to turn to.

Those who came for a synopsis can get their coats, it’s time.

Charlie Brown, Snoopy, Lucy, Linus and the rest of the beloved “Peanuts” gang make their big-screen debut, like they’ve never been seen before, in state of the art 3D animation. Charlie Brown, the world’s most beloved underdog, embarks upon an epic and heroic quest, while his best pal, the lovable beagle Snoopy, takes to the skies to pursue his arch-nemesis, the Red Baron. From the imagination of Charles M. Schulz and the creators of the ICE AGE films, THE PEANUTS MOVIE will prove that every underdog has his day.

Grief is Good: Charlie Brown & Snoopy at The Movies