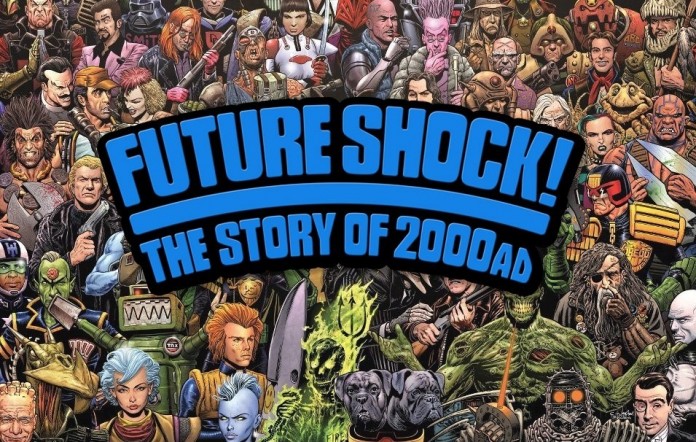 While lightsabers are being fitted with new batteries and Jedi robes are being unhooked from man cave wardrobes for the forthcoming Star Wars film release there’s another 1977 phenomenon being celebrated this December.

You can often tell when someone read 2000AD as a child. There is a peculiar madness of the spirit which was stoked in the 1980s and beyond which is every bit as important as Sith lineage or Kyber crystals. The names are now legends. Judge Dredd, Strontium Dog, Halo Jones and dozens more all fired the imaginations of Thatcher’s children.

The documentary Future Shock! tells the story of 2000AD with contributions from the title’s creators, writers and fans – with this exclusive trailer offering a glimpse of some of the luminaries who joined in the fun.

Brutal, brilliant and utterly compelling – 2000AD was the comic book every kid wanted to read, and Paul Goodwin’s documentary is the film everyone should see.

Future Shock! The Story of 2000AD is out in cinemas & VOD on the 4th of December and on DVD on the 7th. Fill your boots.

The Rise of Heroes – how comics took pop culture by storm

Are Comic Books Still Popular In 2019?