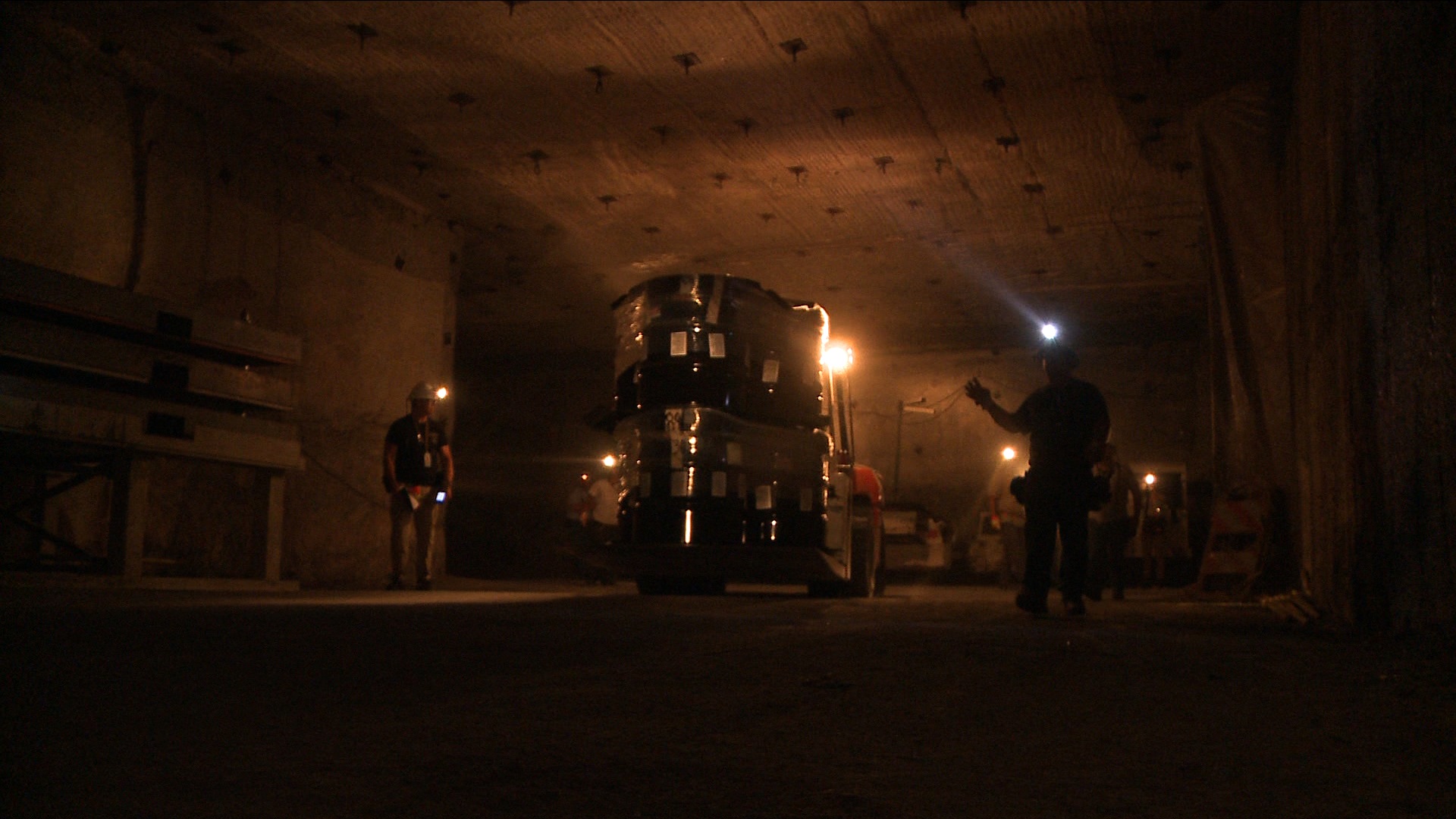 How do you safely store and effectively mark nuclear waste so that future civilisations won’t stumble across it or dig it up and release lethal levels of radiation? The message we leave for the human beings of the future must consider that languages will have died out, aliens may have landed and huge underground tunnels may have been built: a 10,000 year time capsule.

This space-age ethical conundrum is the subject of debate in Peter Galison and Rob Moss’s expertly handled documentary, which twins regulatory investigations in the United States with the Fukushima Daiichi nuclear disaster in 2011.

One answer is: stop developing nuclear power altogether. Whilst many advocates for renewable energy continue to campaign for the elimination of nuclear power, the reality is that governments do use it, ramping up production from the Second World War to the present day, and the waste is an inevitable by-product that we have to deal with.

Blasting the waste into outer-space is too risky (if the rocket crashes in mid-air, the gas will be released into the atmosphere); burying it undersea could only take place in international waters and so achieving territorial consensus would be virtually impossible; keeping it stored on the surface poses greater health risks to the public and would require unreliable maintenance; the solution so far has been to stash it in the salt mines of New Mexico at the Department of Energy’s Waste Isolation Pilot Plant (WIPP), where it will protected by hundreds of metres of impermeable salt.

At the same time, Galison and Moss travel to ?kuma to report on the scale and legacy of the earthquake which produced a tsunami that swept past flood defences and disrupted the Fukushima plant’s cooling systems, leading to a meltdown of three of the plant’s six reactors. Interviews with locals, scholars and politicians reflect on the fallout and the sudden loss of an entire community, forced to evacuate and abandon their homes.

Whilst one could read Containment as a valuable source of evidence in the struggle for greater renewable energy, it is also a deeply philosophical film about how we communicate with the future and how we shape multi-generational problems in order to protect people who won’t exist for another ten millennia. The way we tell stories about who we are, what we did and how we considered the consequences of our actions is moving and profound in Containment, told with investigative care, sadness, fury and poetry.

The film is a powerful testimony about who we are and where we are going. It envisions how stories, told through images, words or music, form the spine of culture, the reason for existing and the sentient nature of our consciousness.

One feels the desire of the directors to really address the issue whilst also appreciating the fraught penalties of globalisation in reaching international decisions on conservation and renewable energy. In many ways, nuclear waste is one of the few remaining legacies of the Cold War which saw two nations square up to each other: an ugly derivative of governments obsessed with power and military might. We may still have lots to learn and Containment does well to remind us of the necessity to innovate.