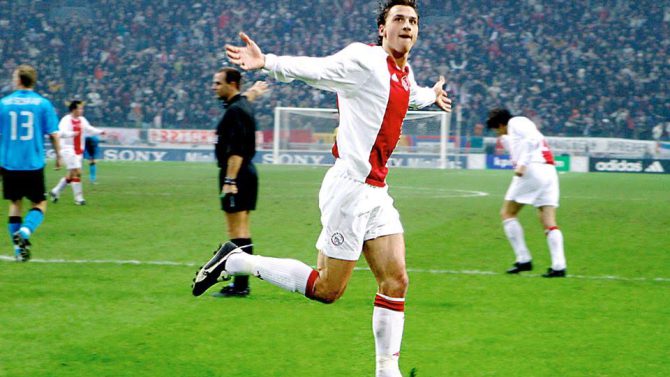 When asking who the best footballer in the world is, it’s generally a straight up choice between Lionel Messi and Cristiano Ronaldo. When scrutinising over which player should be added to make up the top three, it becomes somewhat more challenging to judge, but you’d be hard-pressed to find a better option than Swedish international Zlatan Ibrahimovic. Coming behind the aforementioned players is something he’ll have had to get used to – and so unsurprisingly, just after we’ve seen documentaries on both Messi and Ronaldo (both with those exact titles), it’s time for Zlatan’s turn in the spotlight. The difference is, while the others are just breathtakingly good players, Ibrahimovic has the added sense of unpredictability about his demeanour, a complete egotist off the pitch, and remarkably impetuous on it. To have that added element at the centre of your story helps matter immeasurably.

Directed by Fredrik and Magnus Gertten, Becoming Zlatan, as the title alludes to, takes place in the early stages of the player’s career, from his triumphant time at first club Malmo, to his tempestuous years at Ajax – rounding off with a big money move to Serie A to join the Turin giants Juventus, where he matured significantly. This documentary is very much focused on his career, with very little deviation into his childhood or upbringing. Though as a player he always put so much of himself on the pitch, we feel like we can get to know him and how he operates just off the back of that.

It’s very interesting to witness his growth in this period, both as a footballer and a man, for he was just a boy when he began, and one who made many mistakes – mostly down to his aggressive nature. At one stage Zlatan was somebody who possessed immense capabilities and could manipulate a football in a way few have ever been able to, but his career could so easily have gone one of two ways, and we’re studying how he managed to channel his gift in the best was possible, and how after a precarious, volatile start, with his temper issues and cocky demeanour, he became the superstar he is today.

The co-directors have collated a surprising amount of footage from Zlatan’s life and career, especially the tapes from his early days at Malmo, even off the pitch, when he’s just at home, or in meetings. There’s a great scene where he drops his guard somewhat and discusses his relationship with his dad when on the train with his teammates, or when he explains how he met his girlfriend on holiday. Or even just playing Playstation at home. Who was filming all of this? It’s almost like they knew.

However for all of the remarkable access the Gertten’s managed to get hold of, interviewing former teammates and managers such as Mido, Fabio Capello and Andy van der Meyde, the one person we don’t seem to ever chat to is Zlatan himself. Though this is often to the film’s detriment, if you look at the Ronaldo documentary, which was an intimate piece that he featured predominantly in, the player ultimately had too much control over the representation of his own image. At least without featuring, Zlatan isn’t on hand to sway opinion, or put on an act, instead leaving us with an honest, authentic depiction of the great sportsman, which doesn’t romanticise over his achievements, nor be sycophantic in the slightest. We see him for all of his flaws, and the film benefits as a result.