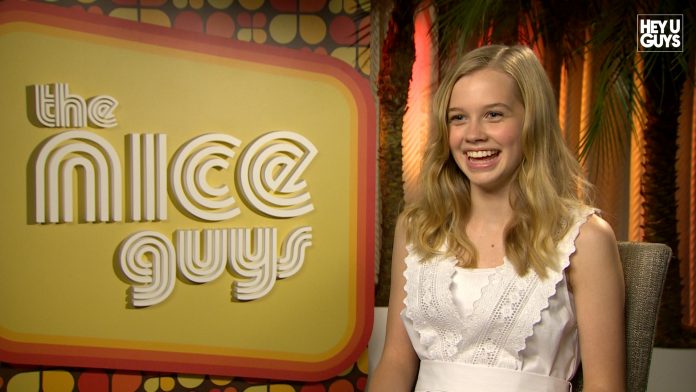 Sometimes you can just get a sense for when somebody will be a star – and with a truly remarkable turn in Shane Black’s The Nice Guys, young Aussie actress Angourie Rice, who plays Ryan Gosling’s daughter, would be something of a safe bet.

It was our pleasure to sit down with Rice to speak about her role, and exactly how cool it was to be involved in this project – and what sort of bragging rights playing Gosling’s daughter provided. She also spoke about the future and her ambitions within the industry, while also explaining the importance of making films on home soil as well as in Hollywood.

The Nice Guys is released on June 3rd, and you can read our review of the film here.