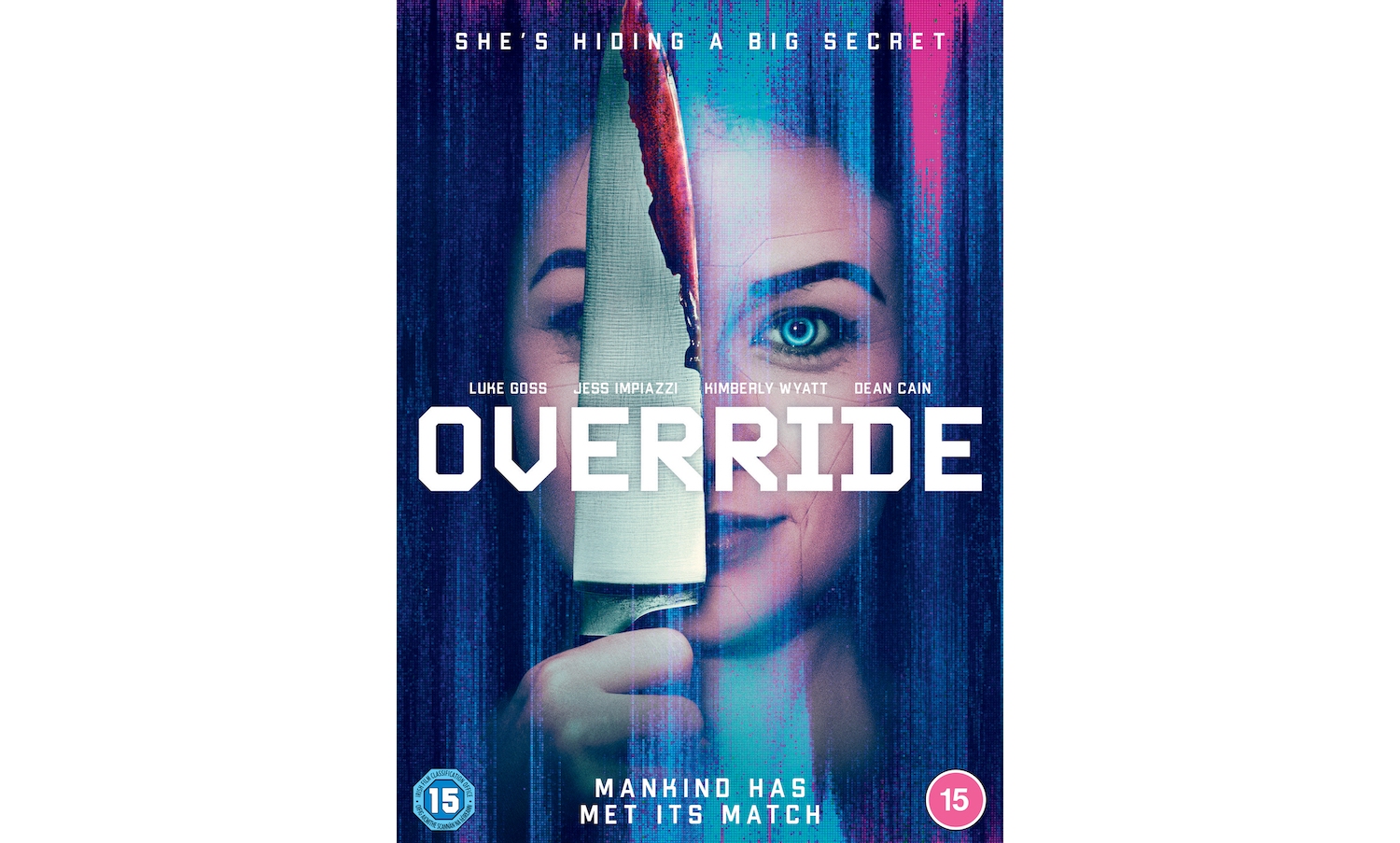 The future is here and it’s out of control in the dazzling sci-fi thriller OVERRIDE starring Luke Goss – released 6th September on DVD and Digital. To celebrate the new release, we are giving away three DVDs!

The legendary Luke Goss (Hellboy 2) stars alongside Superman himself Dean Cain, and Jess Impiazzi (The Seven, Dangerous Game) in OVERRIDE, a terrifically entertaining, smartly plotted mix of Ex Machina and I, Robot, about a futuristic reality show using an alluring female android that goes badly wrong.

Stylishly filmed, with sleek effects and a pulsing soundtrack, and a terrific performance from Impiazzi as a seriously sultry ‘perfect wife’ – the ‘Reality Interface Android’ (R.I.A) who goes off the rails, the film wouldn’t look out of place as a slick and sexy feature-length Black Mirror episode.

Packed with action, dark satire and twists, and crammed with quirky details of what the world might look like in twenty years’ time, OVERRIDE joins the ranks of recent dystopian techno thrillers like Upgrade as a wild ride into a future world gone awry.

Luke Goss and Lorna Fitzgerald on The Loss Adjuster, Christmas – and spreading positivity