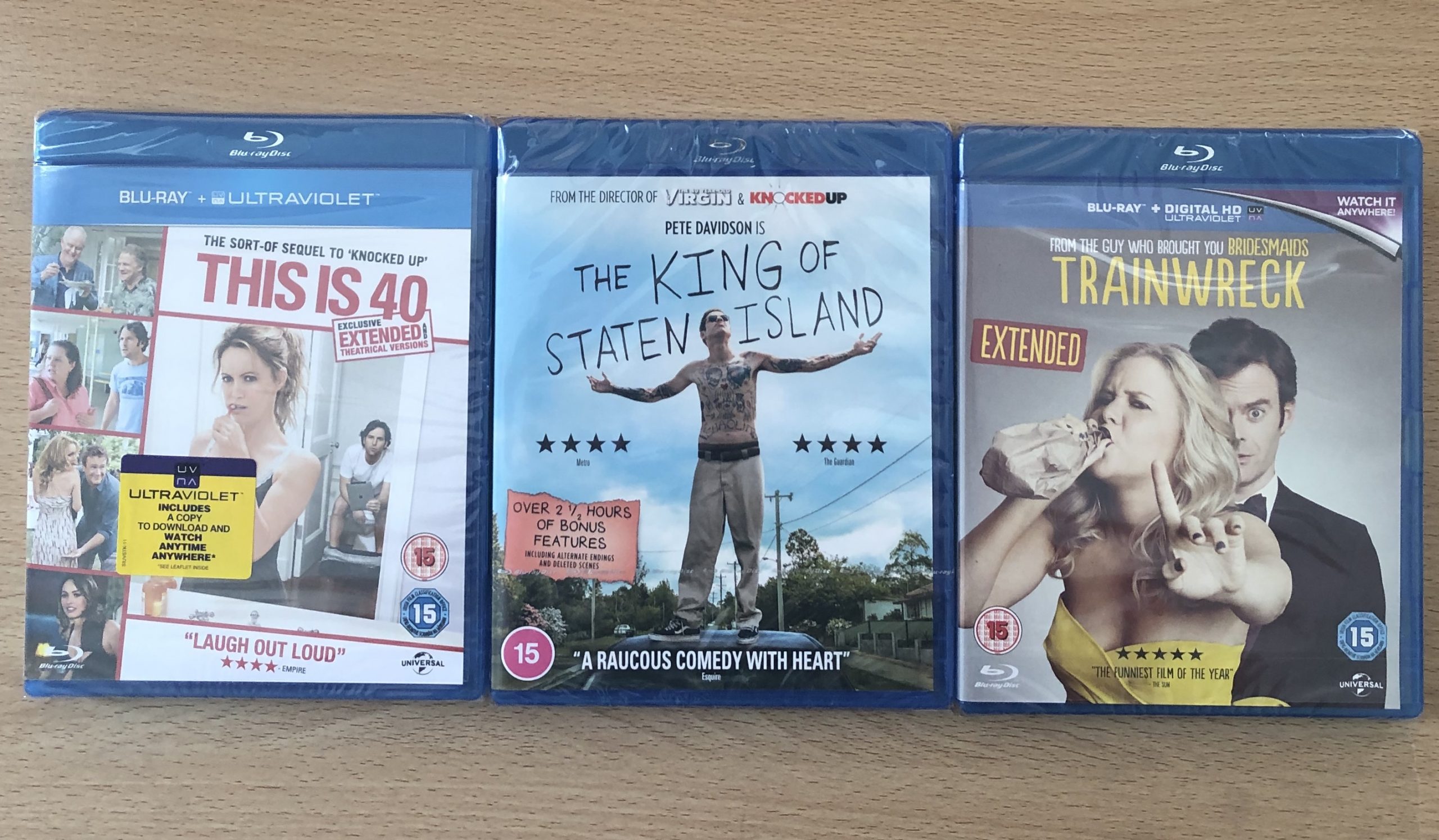 To celebrate the release of The King of Staten Island, Universal Pictures Home Entertainment are giving away a ‘Judd Apatow Trilogy’ Blu-ray collection containing The King of Staten Island along with two of Judd Apatow’s popular comedies, Trainwreck and This is 40.We also have an incredible poster signed by Judd Apatow and Pete Davidson and created exclusively for the film by MAD Magazine artist Tom Richmond.

Scott (Pete Davidson) has been a case of arrested development ever since his firefighter father died when he was seven. He’s now reached his mid-20s having achieved little, chasing a dream of becoming a tattoo artist that seems far out of reach. As his ambitious younger sister (Maude Apatow) heads off to college, Scott is still living with his exhausted ER nurse mother (Oscar®- winner Marisa Tomei) and spends his days smoking weed, hanging with his buddies and secretly hooking up with his childhood friend Kelsey (Bel Powley). When his mother starts dating a loudmouth firefighter (Bill Burr), it sets off a chain of events that will force Scott to grapple with his grief and take his first tentative steps towards moving forward in life.