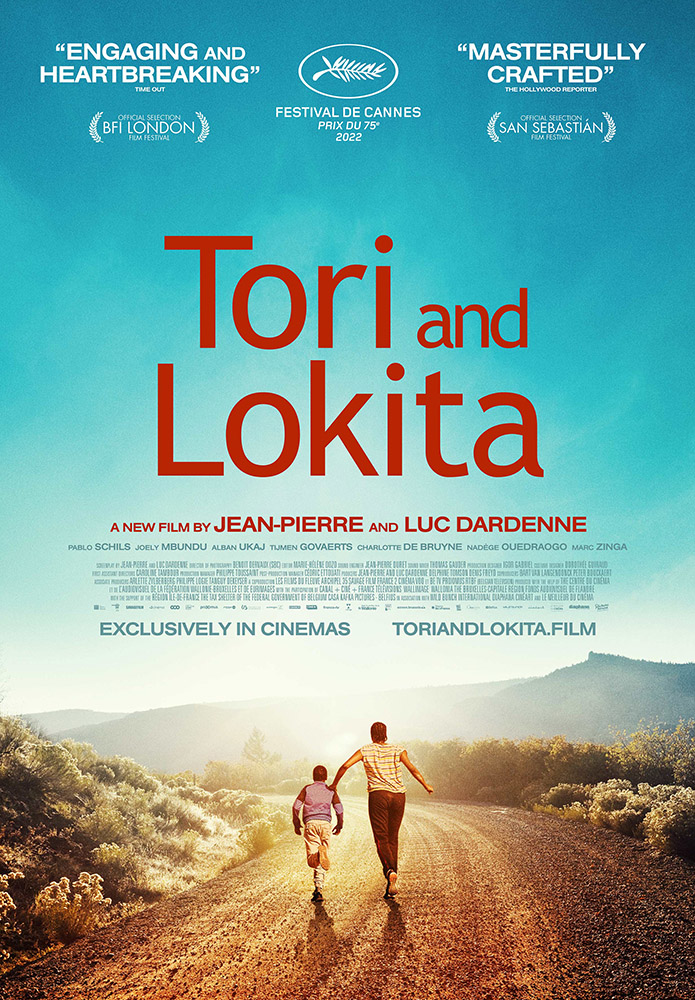 A young boy (Tori) and an adolescent girl (Lokita) who have travelled alone from Africa to Belgium, pit their invincible friendship against the difficult conditions of their exile.

The film is a story of a beautiful and unfailing friendship amidst the struggle for survival. The young friends help each other navigate the Belgian immigration system and a criminal underworld, paying smugglers, finding jobs on the black market and sending money to their families. The plot is set within the framework of a thriller, the suspense pulling ever tighter and more intense.

The film is to be released exclusively in cinemas on 2 December 2022. Here’s the trailer.