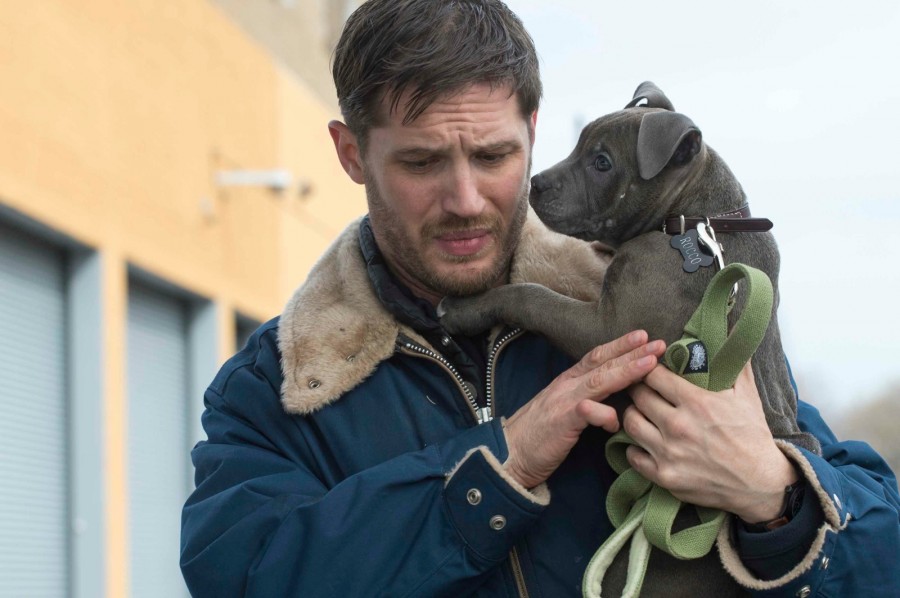 Slow-burning and riveting, The Drop is one of the best American crime dramas of the decade, and features one of Tom Hardy’s career best performances as a slow-witted Brooklyn bartender pushed by circumstances to revisit a past he’d much rather have left behind.

Bob Saginowski (Hardy) tends bar in an unassuming neighbourhood dive owned by his cousin Marvin (James Gandolfini, in one of his last roles). One quiet weeknight, the bar is robbed at closing time by two masked men who are apparently unaware that the bar is owned by Chechen mobsters, and acts as a drop point for cash generated by the gang’s bookmaking operation. On his way home from work after dealing with the aftermath and the police, Bob discovers an abandoned puppy in a rubbish bin in front of the home of a skittish, suspicious woman named Nadia (Noomi Rapace). This chance encounter, coupled with the robbery at the bar, triggers a series of violent events and unexpected revelations which take the characters and the viewer to unexpected places.

Based on a short story by one of America’s greatest living crime writers Dennis Lehane (Gone Baby Gone, Mystic River), The Drop is the debut American feature by Belgian Michaël R. Roskam, director of the Academy Award nominated Bullhead, and the marriage of a contemplative European directorial sensibility and American genre is a successful one. All the facets of Bob’s character and his history are revealed with a subtlety atypical of American crime stories, and when major revelations are made they come as a jolt as they haven’t been telegraphed in the deliberate manner typical of American filmmakers.

Rapace’s Nadia is fetchingly vulnerable, but her character functions quite transparently as a narrative catalyst; it feels as if the role has been fleshed out to accommodate the casting of an actor of her stature, but thin female characters are of course the norm in the genre. Matthias Schoenaerts, the star of Bullhead, is creepily compelling as the frightening, psychopathic Eric, and his interactions with Hardy are amongst the highlights of the film.

The presence of James Gandolfini in the smaller but pivotal role of Marvin lends a poignant crime story ‘seal of approval’ to proceedings. Marvin once owned the bar that bears his name and harbours a dangerous resentment towards his ruthless Chechen employers, as well as an arrogant belief in the superiority of his own deviousness that leads him to initiate a foolhardy, and costly, scheme. Aspects of Marvin’s storyline are a little bit hard to swallow, but that minor quibble aside, The Drop breathes fresh life into the often predictable milieu of New York crime and criminals.

The Drop is part of the diverse programme of 248 international and British films being shown at the 58th BFI London Film Festival in partnership with American Express. To get a sneak peek from the London Film Festival red carpet and from behind the scenes of other entertainment events, check out the AmericanExpressUK YouTube page.