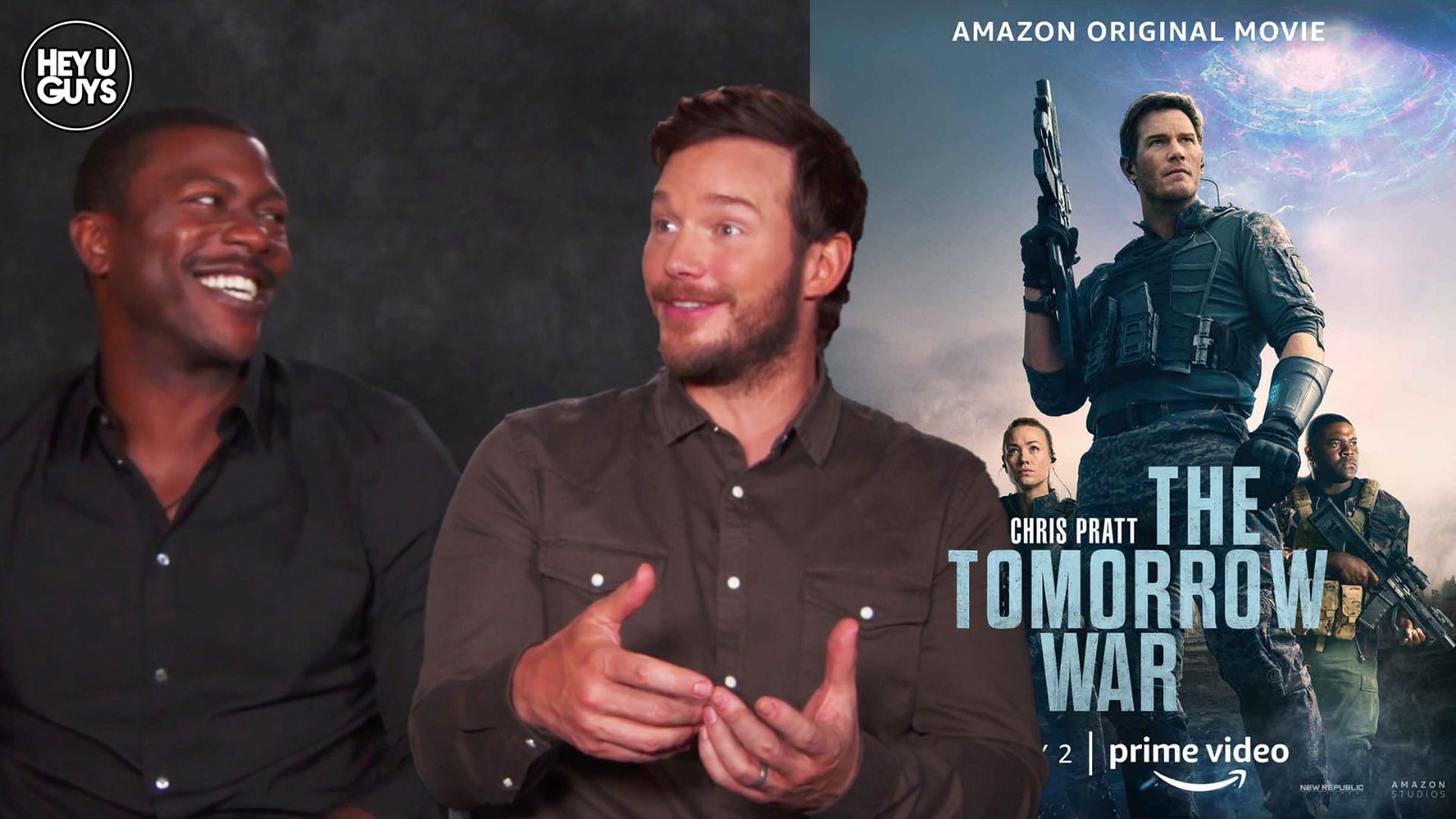 This weekend marks the release of ambitious sci-fi blockbuster The Tomorrow War – launching globally on Prime Video – and to mark the occasion we spoke to several of its hugely talented ensemble. Be sure to sit back and enjoy our coverage below, as we interviewed Chris Pratt and Edwin Hodge together, before speaking to The Handmaid’s Tale star Yvonne Strahovski. We also spoke to Hollywood funny man Sam Richardson, and relative newcomer Jasmine Matthews.

The world is stunned when a group of time travelers arrive from the year 2051 to deliver an urgent message: Thirty years in the future, mankind is losing a global war against a deadly alien species. The only hope for survival is for soldiers and civilians from the present to be transported to the future and join the fight. Among those recruited is high school teacher and family man Dan Forester (Chris Pratt). Determined to save the world for his young daughter, Dan teams up with a brilliant scientist (Yvonne Strahovski) and his estranged father (J.K. Simmons) in a desperate quest to rewrite the fate of the planet.

“I promise you, I’ll get her back…” New trailer lands for ‘Jurassic World Dominion’

Thor isn’t the only one worthy in teaser trailer for ‘Thor: Love and Thunder’