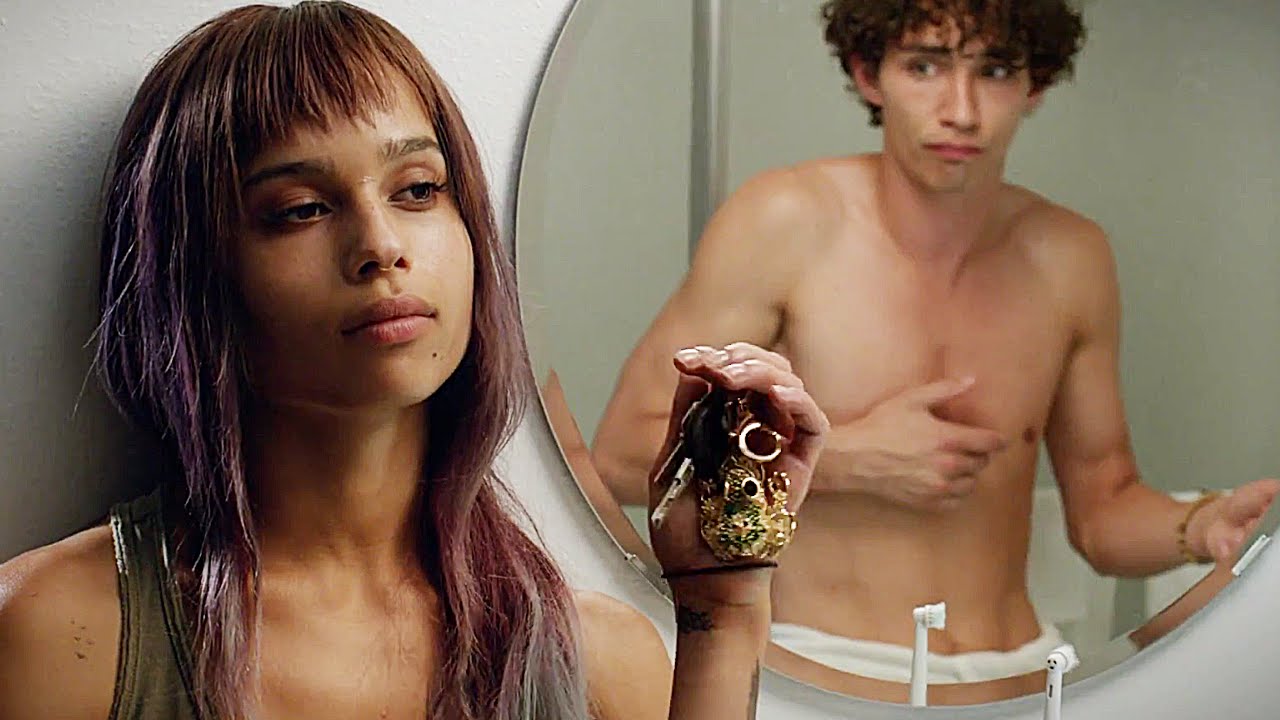 Following the death of his mother, Vincent (Robert Sheehan) is interred at a behavioural facility by his embarrassed father (Robert Patrick), who hopes that Dr. Rose (Kyra Sedgwick) might be able to do something about his teenage son’s Tourettes syndrome. Vincent is paired with Alex (Dev Patel), a Brit suffering from debilitating Obsessive Compulsive Disorder who isn’t all too pleased to have to share his decidedly sterile dorm room with someone who cannot control their own impulses.

Also struggling to cope, anorexic Marie (Zoë Kravitz) offers them both what they want, when she convinces Vincent to run away with her, stealing the doctor’s car and making a run for the ocean so that he can release his mother’s ashes. However, when Alex intervenes, he ends up being dragged along for the ride.

A remake of Vincent Wants to Sea, a relatively well-received 2010 German film by director Ralf Huettner, The Road Within supplants the story to California, but leaves most of the specifics intact, and several of the key issues untreated. As the new title suggests, Gren Wells’ film is very much a coming-of-age drama, in which the characters undergo a journey of self-discovery roughly in parallel to their cross-country adventures.

Even for those who haven’t seen the original, The Road Within is pretty predictable, and there’s never any doubt that differences will be reconciled, obstacles overcome and lessons learned by the time Vincent reaches the sea –  an issue exacerbated by the episodic nature of the narrative. Wells unfortunately fails to make her character’s misadventures exciting or endearing.

Wisely, however, she doesn’t attempt to externalise their inner demons using the characters’ psychological disorders as awkward analogues. There is no quick fix for either OCD or anorexia nervosa, and no cure at all for Tourettes, and rather than pretend otherwise the film is very, even remarkably honest in its depiction of these illnesses.

Kravitz dropped to 90 pounds to play Marie, while Sheehan spent months researching his character’s condition and perfecting its tell-tale ticks and vocalisations. Their performances alone are impressive enough, but the physicality and practice that they are able to bring to their roles gives them even greater impact. Patel, meanwhile, may not have had quite as much to do to prepare – at least that is not outwardly obvious – but of the three his character is arguably the most complex and compelling. It’s a very strong ensemble, and they are a pleasure to watch throughout.

Elsewhere, however, there isn’t quite as much to admire. If anything, Patrick and Sedgwick only undermine proceedings with their half-hearted performances, particularly once they combine forces to find her missing patients. Given how spiky and unconventional the main plot can occasionally be, by virtue of its volatile main trio, their subplot is substantially more streamlined and prone to cliche.

There is something inappropriately comic about Dr. Rose, and it’s difficult to take her seriously as either a psychologist or a real person. Throughout, the drama works better than the comedic undercurrent, and the patchy script produces some real clunkers — sometimes but not always delivered via Vincent’s outbursts. The worst is undoubtedly “Amy Winehouse sucks my cock”, not least because The Road Within is currently playing at Edinburgh International Film Festival alongside Asif Kapadia highly anticipated documentary, Amy.

There is always a risk when dealing with psychological disorders of misjudging the tone with which they are approached. While The Road Within has inevitably proved divisive among some audiences, it just about walks the line between compassion and condescension — thanks in large part to the talents and due diligence of its cast. Sadly, the story isn’t quite so well balanced.

“What do you hope to gain?” Dev Patel stars in AMAZING new trailer for David Lowery’s ‘The Green Knight’

Win The Personal History of David Copperfield on Blu-ray