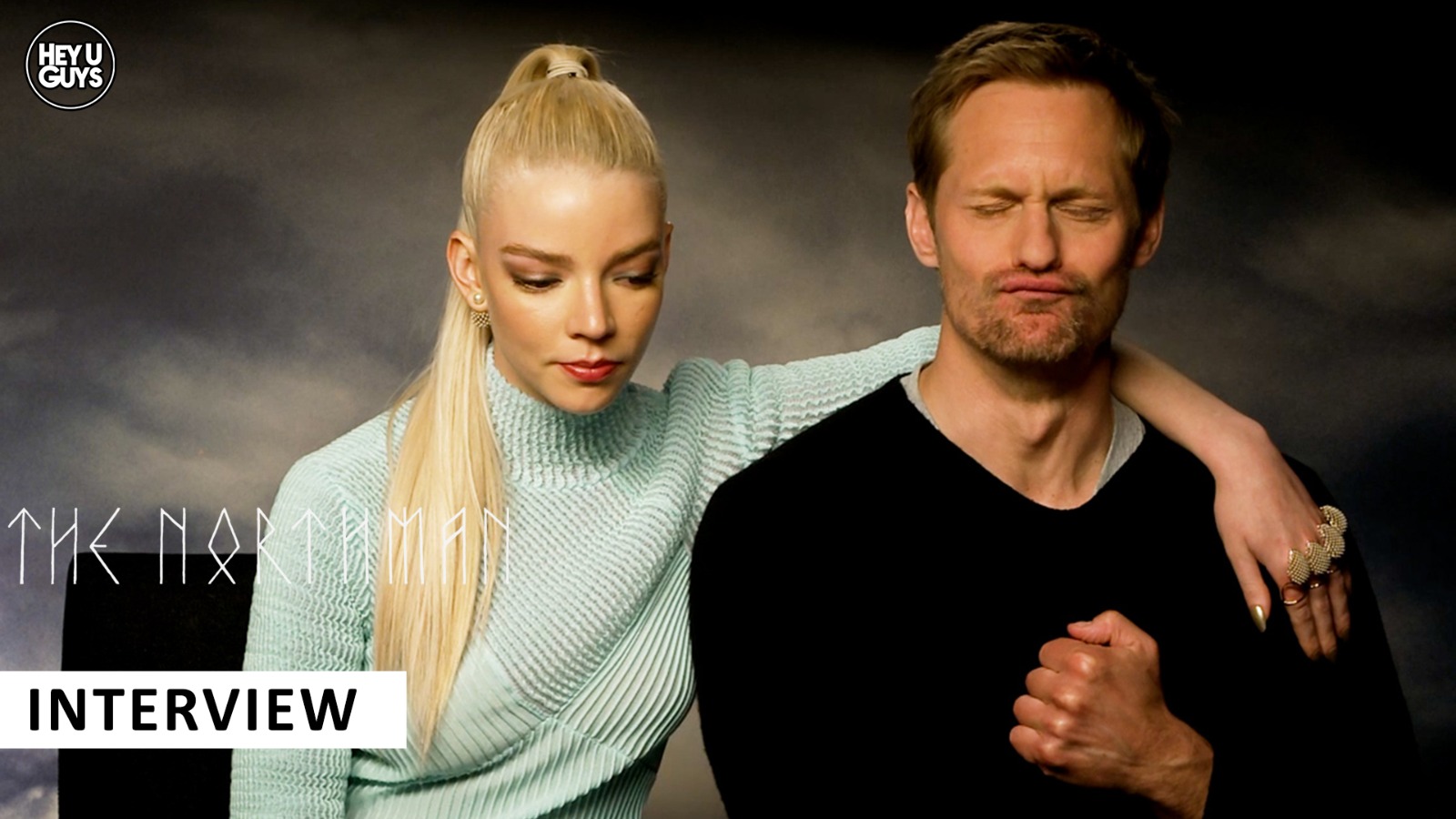 The Northman is yet another brilliant production to come from the dark, wonderful mind of Robert Eggers – and to mark the film’s release, we had the pleasure of speaking not only to the man at the helm, but his two leading stars, Alexander Skarsgard and Anya Taylor-Joy. The duo discuss their shooting experiences, and whether they used the elements and challenges to inspire them on set, while we also ask Skarsgard about losing his inhibitions as an actor, and playing up to his animalistic tendencies, and whether that’s something as an actor that takes some getting used to. Eggers also talks about the two and what they bring to their respective roles, while also commenting on the film’s origins, as a tale that is, of course, a retelling of the same folklore that inspired William Shakespeare once upon a time… Watch both interviews in their entirety below.

Prince Amleth is on the verge of becoming a man when his father is brutally murdered by his uncle, who kidnaps the boy’s mother. Two decades later, Amleth is now a Viking who raids Slavic villages. He soon meets a seeress who reminds him of his vow — save his mother, kill his uncle, avenge his father.

The Northman is released on April 15th