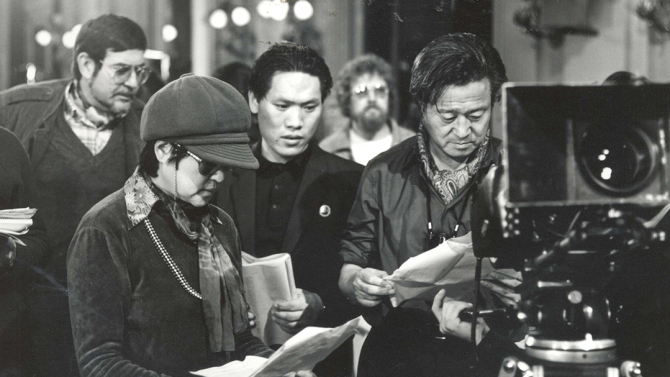 “Truth is stranger than fiction… because fiction is obliged to stick to possibilities. Truth isn’t.” This Mark Twain quote resonates strongly when thinking of the setup to documentary The Lovers and the Despot. What was once shrouded in urban myth-lore has since the advent of the internet garnered greater traction, and has been recognised as truth. The story of the late North Korean leader’s kidnapping of South Korean actress Choi to lure in her ex-husband Shin Sang-ok, the nation’s foremost filmmaker, in an attempt to make great North Korean cinema sounds like a far-fetched thriller, lifted from some fan-fiction. This incredible true story is loaded with potential, but the filmmakers squander it by only peeping behind the curtain and not taking advantage of their key assets.

In presenting this story, documentary filmmakers Ross Adam and Robert Cannan feel it’s necessary to emphasise the cruelty of the Kims, and the innocence of movie-making art. Anyone can simply Google their names and it will show that they may not be the nicest of characters. By simplifying the narrative to a good/bad dichotomy the film spoon-feeds an already simple kidnapping story. Furthermore, the incidental music and the film’s underscore is constantly on regardless of the interview, the archival footage, or the reenactments that are depicted on-screen. It’s thinly veiled manipulation disguised as necessary changes to the film’s mood is insulting to its audience, and quickly becomes a distraction.

The film is privileged to have interviews with Choi, who spent five years incarcerated and under Kim Jung-Il’s watchful eye and enduring the Juche propaganda, as she reveals the complexities of her ordeal. Those five years are mentioned in passing, as was Shin’s parallel horrors of life inside a concentration camp, and one cannot shake the nagging feeling that there’s a greater story to be told here. Once they are reunited at a Kim-Jung Il party and she recalls of their collaborative years between them and Kim Jung-Il, it then only half lives up to another potential. Given the villainous folklore that shrouds the Kims, even to this day, one cannot escape a second nagging feeling: the human side to Jung-Il.

At the film’s disposal, there is an actress who starred in movies produced by Kim Jung-Il, and spoke to directly to him from the late 70s through to the mid-80s. There is also an interview with an advisor who worked in Kims political circle, who proclaims that in his infant years he saw Kim Il-Sung as “He [who] could move mountains,” and was advised that the Kims are more akin to the sun: “Stray too far and you freeze; stray too close and you burn.” Further misses came from a historian who begins to paint a picture of Kim Jung-Il as a tragic artist who was groomed into following his father’s political career, and Jung-Il’s acknowledgement that his introverted self was not suited as a supreme leader. This, like Choi’s five-year incarceration, is skimmed over.

By not taking risks and scrutinising their subject matter – even when invited by some of the interviewees – the filmmakers have produced a checklist documentary that correctly ticks off the many modes of address of documentary filmmaking and the key plot points of this oddball story. When Choi recalls of Shin’s joy of making movies in North Korea, but Shin always plotting to escape, one knows that there is a better and a more complex story buried here.