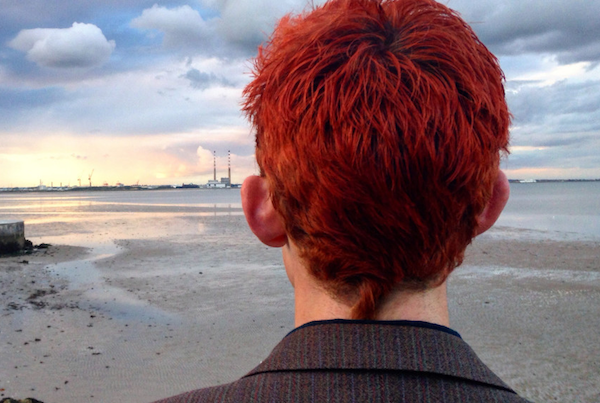 John Butler’s follow-up to his previous endeavour The Stag (otherwise known as The Bachelor Weekend) is Handsome Devil, a film that abides affectionately by convention; ticking boxes – all the way through to a predictable, sporting finale – and yet complete with a certain comfortability and indelible charm, proving that every so often a film that pans out in a way you had fully expected it to, can sometimes be exactly what the doctor ordered.

Fionn O’Shea plays Ned, an outsider who vies tirelessly to convince his dad (Ardal O’Hanlon) not to send him to a boarding school where rugby seems to come first, and education second. Picked on by many of his peers, and even the ignorant sports coach Pascal (Moe Dunford), Ned is disenchanted when his new roommate is jock – and star of the rugby team – Conor (Nicholas Galitzine), as the two polar opposites clash right from the offset. But as time progresses, and with a little help from supportive English teacher Mr. Sherry (Andrew Scott), the pair realise they have a little more in common than they had envisaged, though while their friendship boosts Ned’s reputation at school, it has the potential to truly destroy Conor’s.

The friendship between the protagonists does feel somewhat hurried, but the pair share a palpable chemistry that allows for the viewer to invest in their solidarity, and though the film does veer into unwanted, mawkish territory on occasional, generally the balance between comedy and pathos is well-judged. Butler does revel more so in the latter, but this is undeniably a funny film, with that distinctively surrealistic, heightened take on reality that so often illuminates Irish comedies, which never once compromises on the humanity. O’Shea impresses in his breakthrough role, playing Ned with a certain conviction, steering away from the cliched, misunderstood teenager, in crafting a nuanced protagonist, who stands up for himself throughout, not surrendering to the bullies or made to feel weak due to his contrasting pop-culture tastes – defiantly standing by what he believes in.

The parallels between the students and teachers work well, and as the narrative progresses it becomes clear that it’s not just the teenagers who are struggling to be themselves – which is displayed in the film’s standout scene, where Mr. Sherry lends his support to a gay student, claiming that ‘it gets better’. The remarkable actor completely steals the show in every scene he appears in, with a certain fragility to his demeanour, and yet this never detracts from the invisibility he has in the eyes of certain students. He may be an inspiring teacher the kids can look up to, yet we explore his own insecurities, proving that age doesn’t always equate to happiness and confidence.

Andrew Scott and Ruth Wilson star in trailer for ‘Oslo’