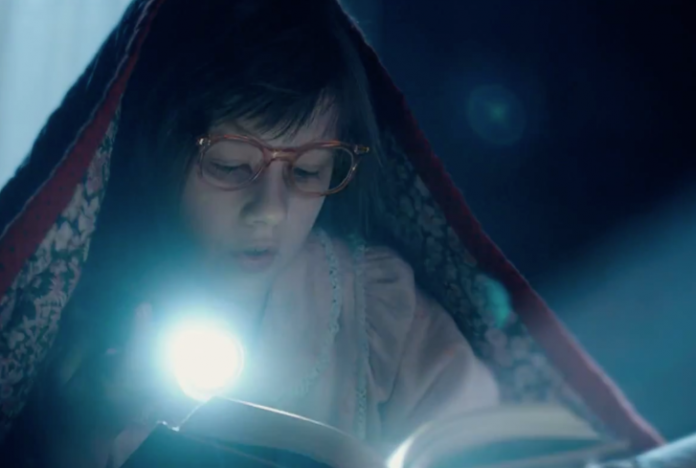 Steven Spielberg flew into Cannes to whisk us on a journey back to childhood with his adaptation of Roald Dahl’s The BFG. After last year’s Cannes offering of another children’s classic – the disappointing take on The Little Prince – would we be animated or deflated? Definitely the former. With Mark Rylance as the BFG, a screenplay by the late Melissa Mathison (who wrote E.T.), and Spielberg at the helm, Dahl’s beloved tale is in remarkably safe hands.

For those who don’t know the story, Sophie (Ruby Barnhill, making her impressive cinematic debut) is an orphan living in London in the early 1980s. She’s a bookworm and insomniac, roaming the orphanage while most of London sleeps. At the witching hour (3am for Sophie) she beholds a giant, who picks her up and takes her back to Giant Country. The Big Friendly Giant is big, but by giant standards he’s a “runt”, the moniker he goes by amongst the nine child-eating giants in the land.

Like Sophie, he’s an outsider with different tastes and habits to his peers. And like Sophie, he too has lost a loved one. Children aren’t on the menu for him, so he survives on Snozzcumbers, which look like giant knobbly marrows and probably taste like them too. As Sophie and the BFG form a friendship, they also formulate a plan to stop the giants from “disappearing” children from the British realm. This will involve the Queen of England (Penelope Wilton), with the help of leaders from around the globe.

So, how does the film hold up against the book? Brilliantly, thanks to the BFG’s fantastically nonsensical language making it verbatim onto the screen. His ridiculously muddled words have delighted kids (and parents) for decades and to have tinkered with them would have been a travesty. There is very little that has changed, meaning that readers young and old will recognise the story – and will not be up in arms shouting about Spielberg ruining it.

The director has also seen fit to maintain the hilarious scene in which the Queen lets rip a giant fart after drinking some of the BFG’s frobscottle fizz. In fact, it is when we enter a world made up of mortals rather than CGI characters that the film really lights up. Buckingham Palace contains not just Wilton as a very down-to-earth Elizabeth, but it also houses Rafe Spall as Mr Tibbs and Rebecca Hall as Mary, a character who resembles Miss Honey from Dahl’s Matilda. The scene in which the servants dish up the BFG’s breakfast is a feast for the eyes.

However, as you’d imagine, the fulcrum is Mark Rylance. His own sparkly-eyed face is morphed into that of the BFG’s, with the addition of a large hooter and giant ears. He fits so perfectly into this role physically that it is hard to distinguish between Rylance and those Quentin Blake drawings. But it’s his voice which really holds the film together. It evokes the sad sweetness of the BFG, who is a sort of idiot savant, lonely and forlorn before befriending Sophie.

Where the film works less well is in the land of the giants. After Disney’s spectacular The Jungle Book, the CGI here was a bit of a disappointment. However, the dreams (which the BFG not only captures, keeps and administers, giving them names such as “When I is naked at work” or “When I is naked at a wedding”) and dream world are gorgeous, as are the other landscapes. And as it’s very much a children’s film, the running time of almost two hours is a little on the long side. Yet these are small quibbles when considering the film as a whole, which is a sweet, charming and entertaining story that will be a treat for diehard Dahl fans and will probably gain his work a new generation of readers.