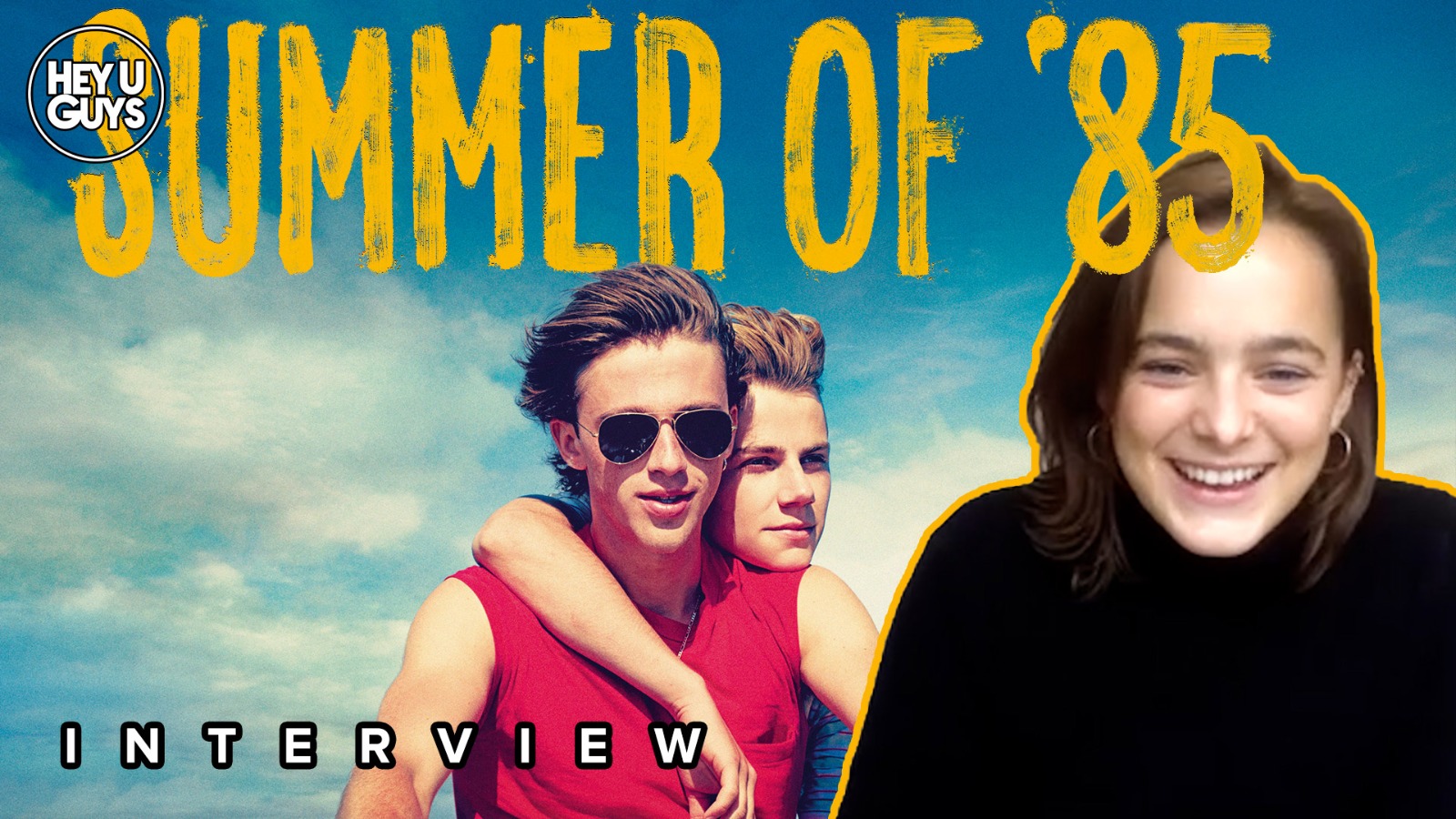 With young actors there’s just a little something that makes them stand out, and it’s often hard to put into words quite what that is, but all the great stars have it, a spark of some sort. With Philippine Velge it’s there for all to see, with an impressive turn in prolific French auteur Francois Ozon’s latest film Summer of 85, as a promising career in the industry beckons for the young Belgian-British performer.

We had the pleasure of speaking to her via Zoom to mark the release, and to discuss what it was like to collaborate with the director, and also how important it is for her at this stage in her career to show off her ability to work both in France, as well as in England in her native tongue. We discuss her lockdown (she learnt how to do a handstand, no less) and on future projects. She’s playing a big role in forthcoming sci-fi series Station Eleven, and we ask about her huge West End breakthrough where she was all set to star alongside Timothée Chamalet and Eileen Atkins in 4000 Miles. A sad casualty of the last year – but a project we sincerely hope is lifted off the ground in the future.

What do you dream of when you’re 16-years-old and in a seaside resort in Normandy in the 1980s? A best friend? A lifelong teen pact? Scooting off on adventures on a boat or a motorbike? Living life at breakneck speed? No. You dream of death. Because you can’t get a bigger kick than dying. And that’s why you save it till the very end. The summer holidays are just beginning, and this story recounts how Alexis grew into himself.

Summer of 85 is released on October 23rd