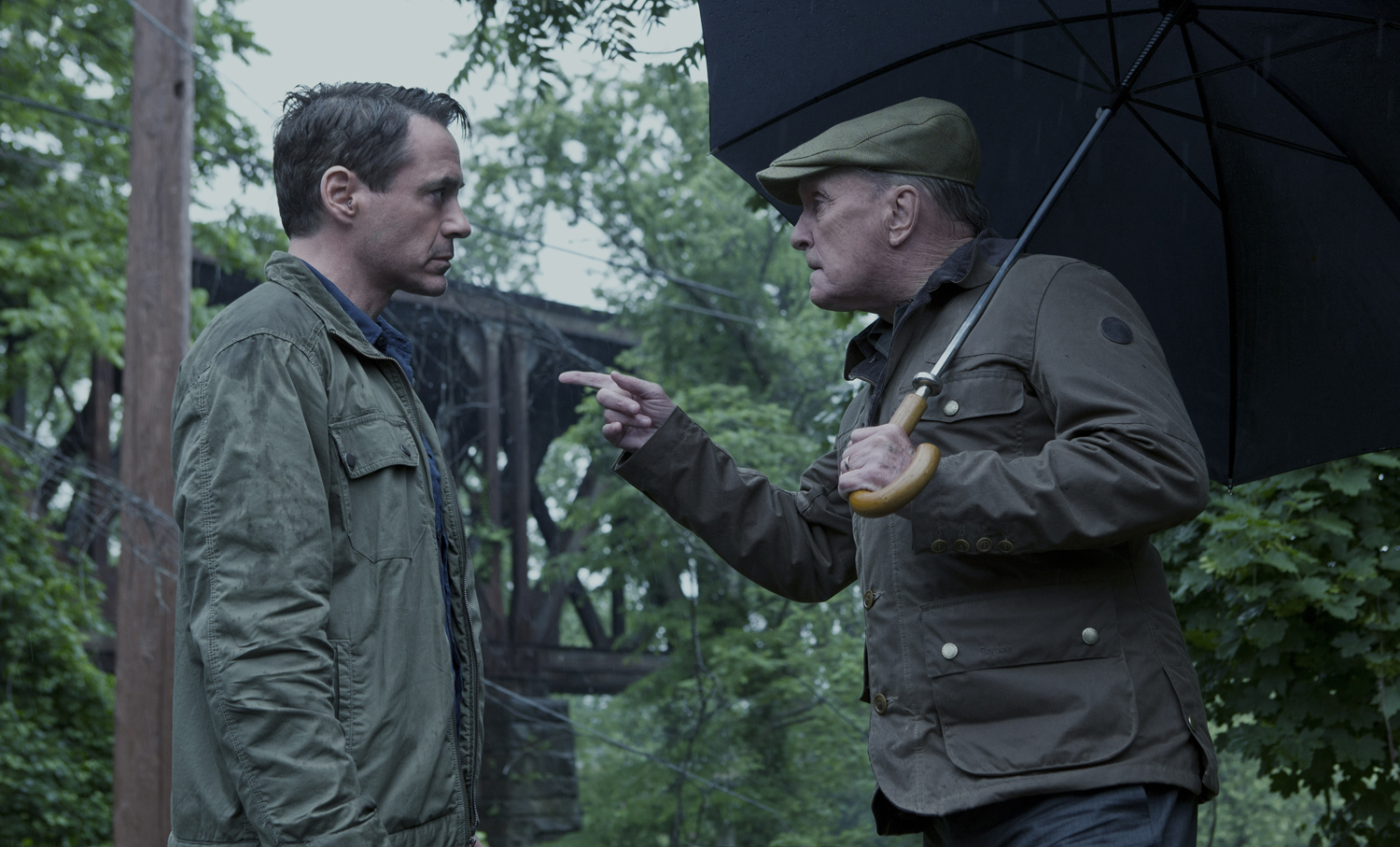 Arriving in theaters 17 October is Warner Bros/Village Roadshow Pictures’ The Judge, starring Robert Downey Jr. and Robert Duvall together for the first time on the big screen.

Downey plays the quick talking Hank Palmer, a big city defense attorney who has done everything possible to put his small town roots behind him. His only remaining connection over the past 20 years has been through limited contact with his mother. Just as Hank is about to get another white collar client off the hook, news of his mother’s death finally brings him back home.

His estranged father [Duvall] has been Carlinville, Indiana’s judge for nearly 42 years but is suddenly the prime suspect of a murder trial. As the Judge finds himself for the first time on the wrong side of the bench, Hank must step up to both confront and defend his father in court in perhaps his toughest case yet.

Director David Dobkin and Producer Susan Downey sat down to chat with HeyUGuys where we took the opportunity to ask them about what’s not in the film. Downey explained that the focus was always meant to be on the interplay between Robert Downey Jr. & Robert Duvall.

She went on to say there was plenty of footage shot with many of the supporting players in the cast, however most of the scenes were trimmed or simplified for time and pacing. Director of the film David Dobkin highlighted one of the hardest scenes to cut:

“There’s a beautiful moment when Hank gets home and first walks upstairs in the house. He stops and walks into his parents’ room. He looks around, his mother is gone and he picks up her perfume bottle. He sprays it in the air and he smells it.

[As] he looks in the mirror a second he has this moment. Robert’s performance is insane, and then all of a sudden he hears the shower turn off and [it’s] his father. He puts it down very quickly and he leaves the room as the father comes out of the shower and he smells the mother.

[Duvall] has this moment as he looks and he sees the bottle is off a little and he fixes it. It was amazing.”

See The Judge in Cinemas 17 October and check back later for our full interview.