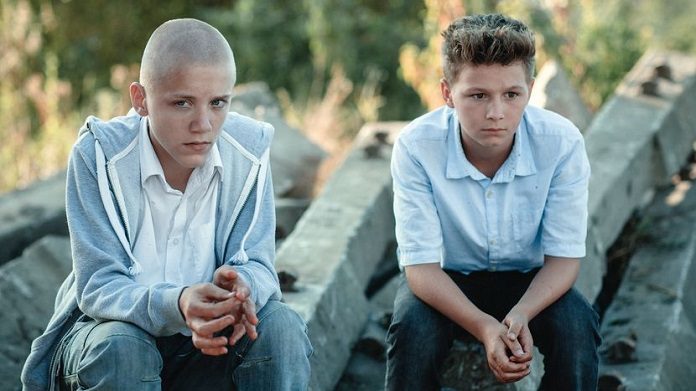 Each year at LFF there is always a film that stays with you long after viewing – and then some. This time it’s Playground (nominated in the First Feature Competition category), a Polish entry co-written and directed by documentary film-maker Bartosz M Kowalski who seems to favour the theme of gratuitous violence for shock-factor effect.

Those sadly familiar with the callous murder of British two-year-old Jamie Bulger in February 1993 will have a feeling of déjà vu. This film literally recreates events leading up to and including his death, albeit in a Polish location. It will leave no one unmoved. What is jolting, however, is how lethargic the first half of the film is, even though the three principle child stars are quite striking to watch.

Playground begins by introducing us in three parts to three pre-teens who are preparing to get ready for their last day at school before the summer break: Gabrysia (Michalina Swistun) is a chubby, innocent girl from an affluent, middle-class background; Szymek (Nicolas Pryzgoda) is mature beyond his years, tasked with being his disabled father’s carer; and Czarek (Przemek Balinski) who has to share his room with his baby brother and revels in tormenting a local dog with some meat for dinner. All three converge on the school, where Gabrysia decides to reveal her feelings for Szymek at the end of the day with horrific result. The day then escalates towards the harrowing events thereafter.

No topic should be off limits to film-makers. After all, freedom of creative expression is paramount. However, you can’t help but wonder why such a film is made when its end subject matter seems to be a by-the-numbers reenactment of a real-life murder case that is still very raw. Indeed, the first part of the film is an acceptable social study of the haves and have nots in life, with the two boys clearly from disadvantaged backgrounds.

Kowalski also gently – and a little too sluggishly at times – enlightens us to the psychopathic tendencies of the boys, such as harming animals and for jarring effect, a sudden and unprovoked attack by Szymek on his father (part off camera). If we had any doubt about the wayward direction of the boys then their treatment of Gabrysia after her declaration of love cements that. This near-rape incident in itself – and up to that point – produces an intriguing character study into escalating child delinquency and the mobile-ready, Snapchat generation.

The damaging issue for the film is its end scene that we are forced to endure from a distance for a bile-inducing 13+ minutes. Kowalski wants us to be physically repulsed and confront the reality that children kill. We get it. That will always be a struggle to accept, both on and off the screen. He does achieve his goal as the fury and powerlessness you feel – perhaps disproportionally more so as a parent – is absolute. However, the key here is creativity; it could be argued that more creative ways should have been adopted to portray these abhorrent events, where sound alone can let the imagination run wilder.

Still, if there was anything commendable to say about this end execution it is that the special effects are far too convincing. Sadly, the scene will now dominate and naturally prick curiosity. The final shudder though, is the parting shot, equally odious and demoralising, triggering a much-needed retrospective look at society, as to how such things can ever happen at the hands of children.

Kowalski’s Playground clearly sets out to provoke, unsettle then deeply upset, perhaps demonstrating the film-maker’s pedigree – and from a documentary perspective there is a certain amount of acceptance that such raw, tragic subject matter is presumably handled appropriately. However, as a work of fiction, there will now be a ghoulish interest in seeing Playground, regardless of it bravely raising the issue of child cruelty.