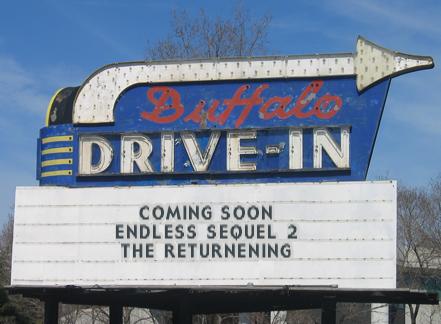 Every year the cinematic calendar is inundated with sequels, prequels, reboots and remakes, most of which appear superfluous and unnecessary, doing little but point to a lack of unique, creative ideas in Hollywood, with a frustrating inclination to play it safe, caring more about the financial rewards rather than challenging themselves as artists.

However that’s not to say all sequels are deemed a failure, as some of the finest films each year can be continuations of franchises, as we catch up with characters we simply love being in the company of. So, we’ve now come up with our own list of sequels we’d love to see. Any producers out there, take note.

Like a fine wine, triumphant animated TV series South Park just gets better with age. Unlike their Springfield counterparts, creators Trey Parker and Matt Stone always have their finger on the pulse, with such a deft, intelligent study of culture, satirising small-town America to perfection, all the while remaining faithful to the frivolous, puerile approach that has served them so well over the years.

The one, and only, big screen adventure for Cartman, Stan, Kenny and Kyle remains as not only one of the very funniest films ever made, but one of the greatest musicals too, with an array of catchy, unforgettable songs. While South Park continues to get better, and better, another feature length endeavour on the silver screen seems like something of a necessity.

The Test of Time: Why Groundhog Day is a Comedy Classic that will never age

Mulholland Dr. And The Joy Of A Complicated Yarn

Thomas Alexander - Sep 26, 2021 0
Easily one of the most eagerly anticipated films of this yea...