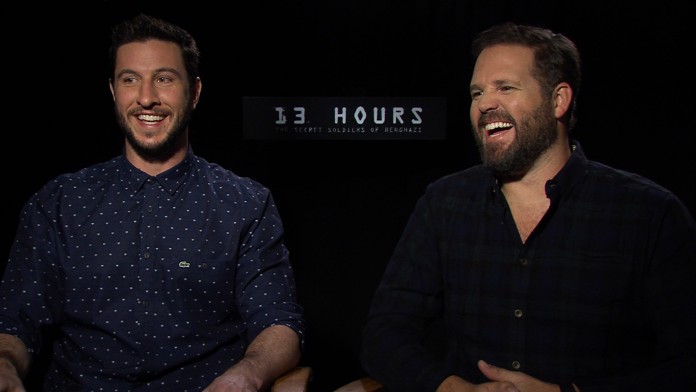 With the release of Michael Bay’s 13 Hours fast approaching, HeyUGuys were fortunate enough to take part in the press junket in Miami, where we spoke to the cast and crew of this intense production.

Two of which were Pablo Schreiber and David Denman, who play Tanto and Boon, respectively. We discussed what it means to play a soldier, and the pressure that comes with meeting the real life survivors of the attack.