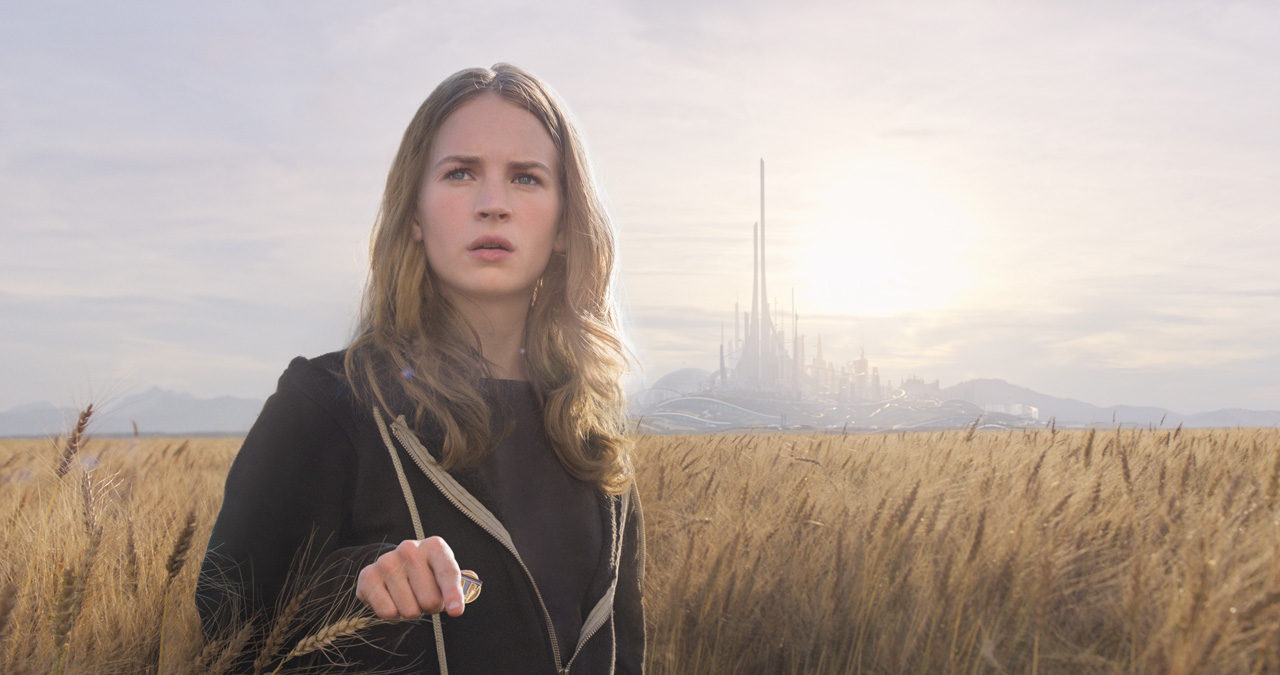 There’s a line from Saul Bellow’s vivid 1982 novel The Dean’s December in which our protagonist spies a barking dog, and to which he imagines this:

“For God’s sake,’ the dog is saying, ‘open the universe a little more!”

The first trailer for Brad Bird’s latest film gave us that visual, with the young Casey (Britt Robertson) stumbling on a pendant which, when touched, takes her immediately to another world. As bold and as beautiful as her own world is confining and grey. Where is it? How did she get there? And once there – what can she do? These are the questions we want to find out.

Handily this new trailer for Tomorrowland: A World Beyond points us further our path, with some of astonishing and mysterious new world opened up before her.

George Clooney and Hugh Laurie join Robertson in this quest and we’ve seen some of the film and can attest to its thrilling visual punch, with the escape to Tomorrowland certain to be a highlight of the film. Enough said for now…

Buckle up, here’s the trailer and a new bunch of images below it. Tomorrowland: A World Beyond is out on the 22nd of May.

From Disney comes two-time Oscar® winner Brad Bird’s riveting, mystery adventure “Tomorrowland,” starring Academy Award® winner George Clooney. Bound by a shared destiny, former boy-genius Frank (Clooney), jaded by disillusionment, and Casey (Britt Robertson), a bright, optimistic teen bursting with scientific curiosity, embark on a danger-filled mission to unearth the secrets of an enigmatic place somewhere in time and space known only as “Tomorrowland.” What they must do there changes the world—and them—forever.

And the SuperBowl spot which followed after and opened up the world just a little.