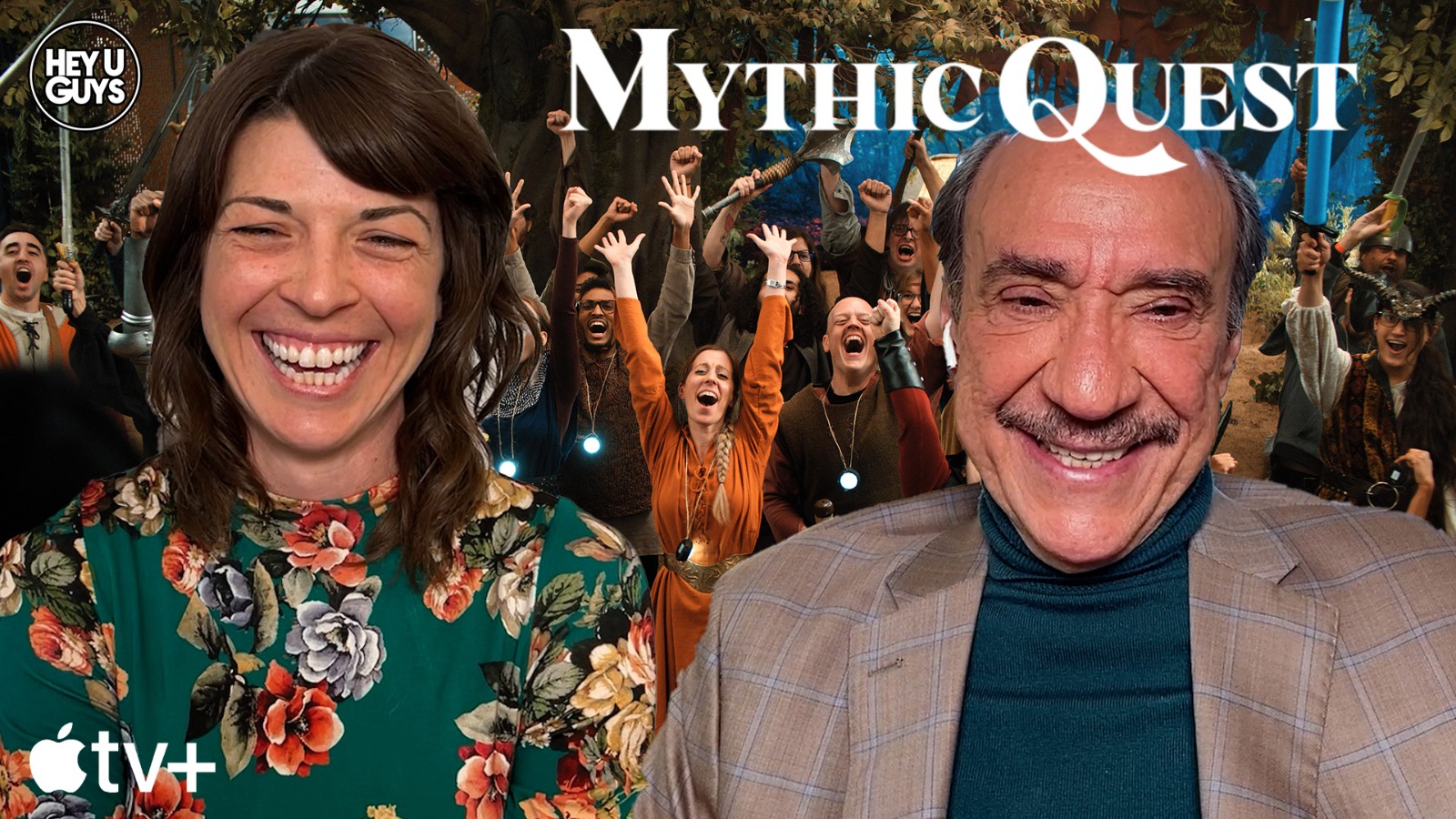 From the brilliant minds behind It’s Always Sunny in Philadelphia comes Mythic Quest, a funny and engaging series set in the workplace of a successful video game development company. And the good news is, it’s back with a second season, which launches on AppleTV+ this Friday, May 7th.

To mark it’s release, which takes us back to the office after the characters have been quarantined, we were fortunate enough to take part in a mega-junket, interviewing many of our favourite characters from the show, as well as the brains behind it. So be sure to watch our interviews with writer Megan Ganz and Hollywood icon F. Murray Abraham, as well as our chat with Ashly Burch and Imani Hakim, and then finally with Danny Pudi and Jessie Ennis. Enjoy!

With the quarantine finally over, season two of “Mythic Quest” finds
everyone back in the office (well, almost everyone), attempting to build
upon the success of Raven’s Banquet by launching an epic new expansion, but
Ian (Rob McElhenney) and the newly promoted co-creative director, Poppy
(Charlotte Nicdao), struggle with the game’s direction. Meanwhile, C.W. (F.
Murray Abraham) reconciles some unresolved issues from his past, the
testers (Ashly Burch and Imani Hakim) test the bounds of an office romance,
and David (David Hornsby) loses yet another woman in his life as Jo (Jessie
Ennis) leaves him to assist Brad (Danny Pudi).
The second series of Mythic Quest launches on AppleTV+ on May 7th