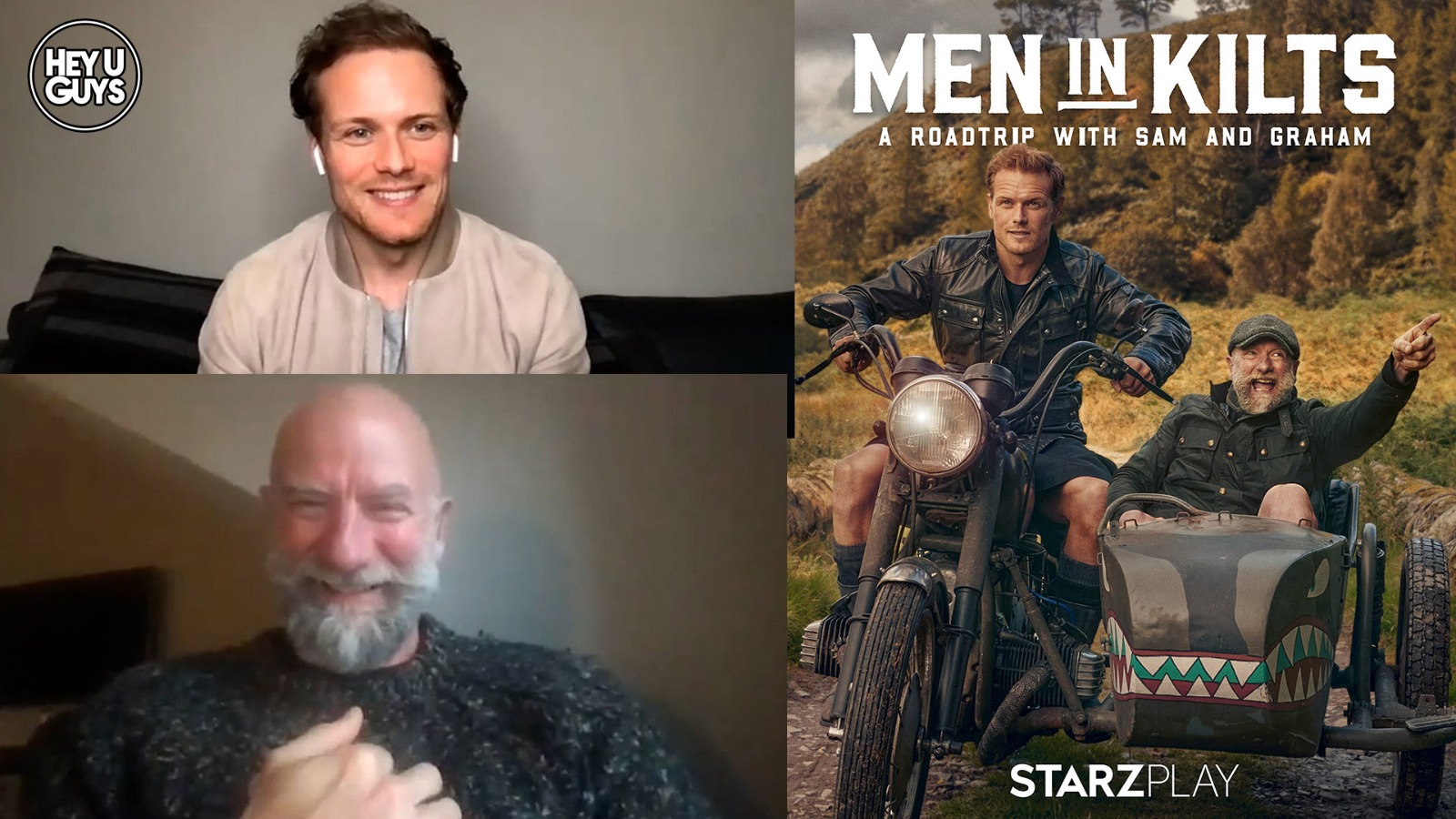 It’s been a tough old year, and one that has sadly put an end to many of our own travels and adventures, as we await the return to normality. Men in Kilts, a new series on Starzplay, featuring Outlander duo Sam Heughan and Graham McTavish, is the perfect antidote, as the viewers are whisked away to the picturesque Scottish landscape, to go on a roadtrip with this affable duo. It’s a calming, pensive and enjoyable series – and we were thrilledto have the opportunity to speak to both Sam and Graham to mark its release.

We discuss their time spent together on this trip, and their shared passion for Scotland – and why there’s nothing wrong with patriotism. They also comment on their friendship, Sam’s award-winning whiskey, and their experiences on Outlander. And of course, we couldn’t help but ask Heughan about those rumours linking him to the role of James Bond – which we cut out for you in a separate video below. Enjoy!

Sam and Graham reunite for an epic adventure through Scotland, exploring their heritage and meeting an incredible collection of people who truly showcase what it means to be Scottish. The half-hour, eight-episode series offers the duo’s one-of-a-kind perspective on everything from Scottish clans and the Battle of Culloden to whisky tasting and folk dancing, with Sam and Graham’s witty banter and hijinks leading the way. Whether hanging off the edge of a cliff, wrangling a flock of wild sheep or discovering the true legacy of their Outlander characters, both men dive head first into each and every experience.

Men In Kilts premieres on the 9th May on STARZPLAY.

Full trailer launched for the sixth season of ‘Outlander’