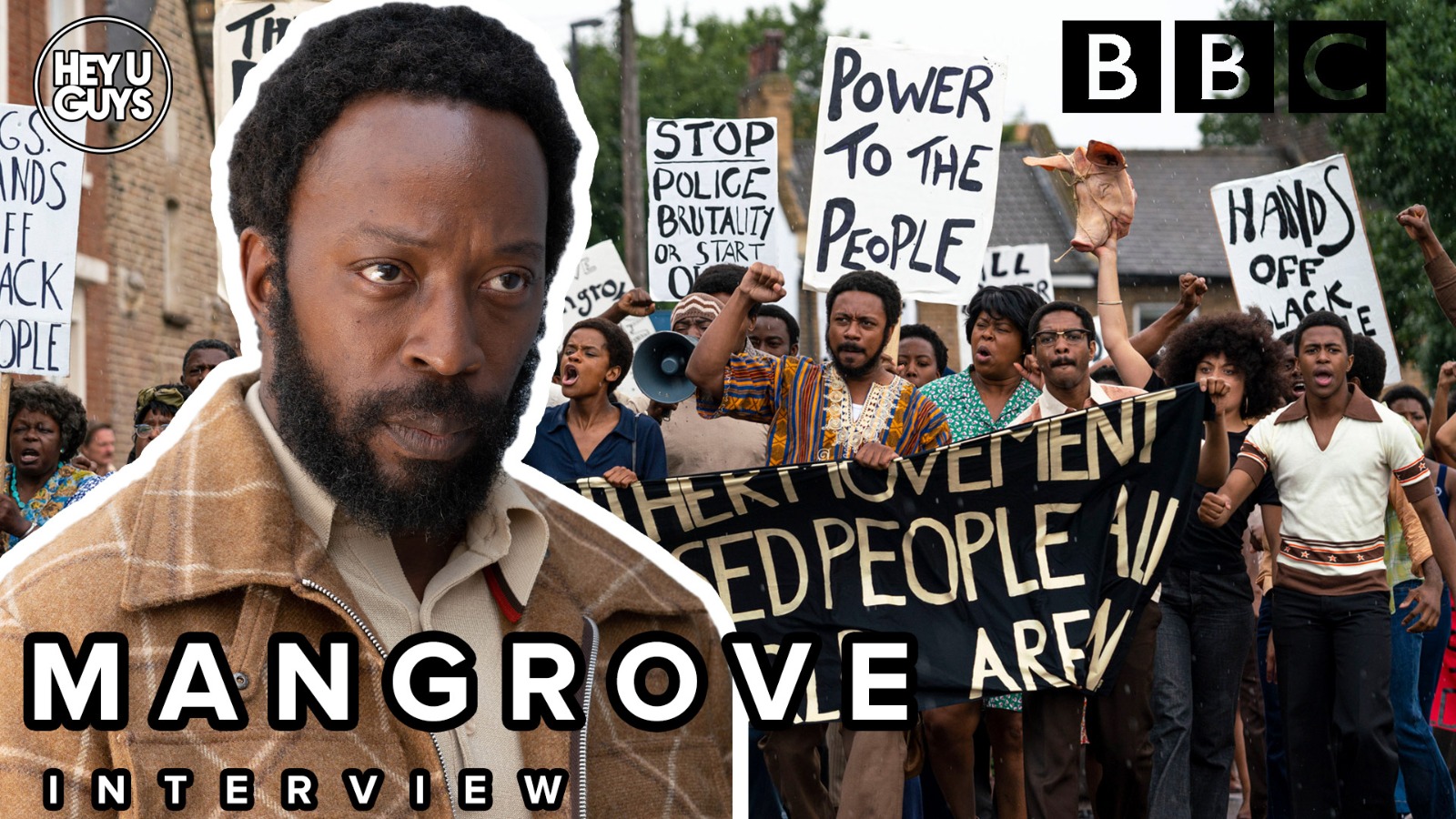 Steve McQueen has been rather busy. He’s behind five new movies launching weekly on the BBC and iPlayer, exploring the West Indian communities in London. The first of this Small Axe series is Mangrove, which tells the story of a landmark court case surrounding police brutality.

To mark its release we spoke to the two leading stars of the film, independently of one another. Shaun Parkes comments on the power of the story, and what it was like to collaborate with a force like McQueen. He also explains why this story is, and has been relevant for some time, and of course we couldn’t let the opportunity pass without chatting briefly about Human Traffic, and the lasting impact that film has had on pop culture in Britain. Watch the interview with Shaun here:

Next up was Sam Spruell, who plays the leading antagonist of the piece, the policeman in the dock, accused of racial discrimination. We speak top Spruell about playing such nasty characters, something he’s been tasked with before, and something he does so remarkably well. He talks about the understanding this gives him of humanity as a whole, and he also talks about the dynamic on set when playing a villain. We also talk about the experience working with such brilliant filmmakers, as he will also be seen in Andrew Haigh’s new drama The North Water. Watch the interview with Sam right below.

The true story of the Mangrove restaurant, a lively community hub in London’s Notting Hill that was the subject of relentless police raids during the 1970s and a consequent trial.

Mangrove airs on the BBC this coming Sunday, November 15th.