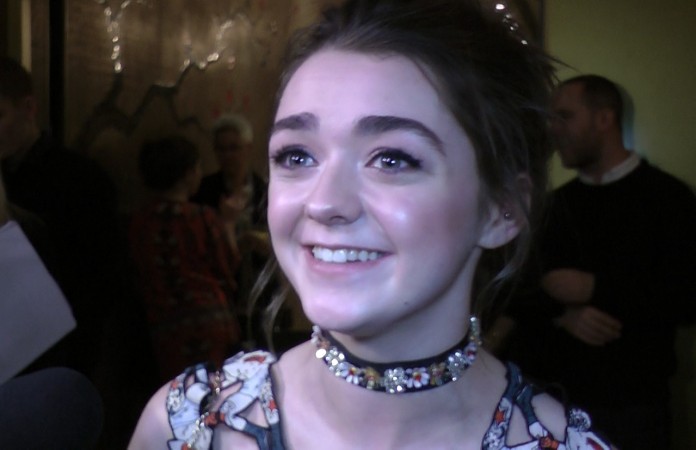 This evening we spoke to Maisie Williams at the 36th London Critics Circle Awards ceremony and she updated us on the journey of Arya Stark in the forthcoming Sixth Season of HBO’s Game of Thrones as well as her response to the more extreme reaction from Doctor Who fans.

At the awards Williams won in the category for Young British/Irish performer of the year for her role in Carol Morley’s haunting coming of age film The Falling. It marks the end of a good year for the actress as she added a show-stealing turn against Peter Capaldi’s Doctor Who to her signature role in HBO’s flagship show.

She talked to us about continuing Arya Stark’s journey into what is now uncharted territory, and how she coped with last season’s difficult circumstances for her character. She also spoke of her time in the latest series of Doctor Who and revealed the difficulties (putting it mildly – death threats and tweets are a serious issue) with the response her character provoked in the long-running show’s fanbase.

The full interview, and the others we conducted tonight, will be up on the site shortly.

Maisie Williams on Game of Thrones Season 6 and Doctor Who