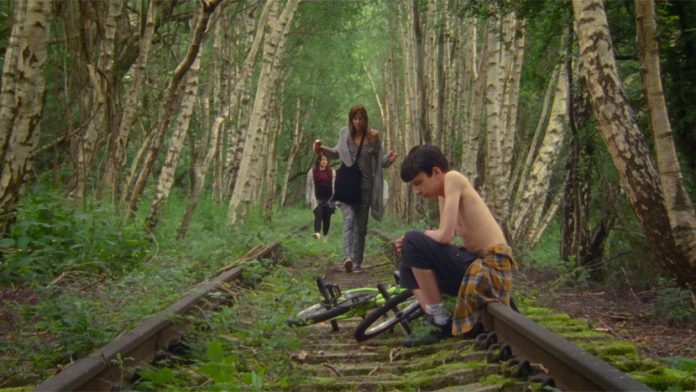 If nothing else, Esther May Campbell deserves praise for doing something different with an overused staple of British cinema. Given how inexpensive and popular among critics’ social realist cinema has become it would be tempting to make Light Years just another kitchen sink drama. With its domestic setting the film finds three working-class children neglected by their father and going off in search of their mentally unstable mother (singer-songwriter Beth Orton). Instead Campbell employs lingering shots of non-sequitur imagery and a moody, melancholic soundtrack to rise above its own trappings. Attempting to lend a kind of poetry to what could be yet another domestic drama. Like if Terence Malik decided to direct a Ken Loach film.

That Light Years doesn’t work is largely the fault of its own ambition. Everything from the cast to the Bristol setting to the stripped-down aesthetic scream of British realism. So much so that the film’s ponderous, semi-philosophising dialogue or narration rings hollow. Talented as they are the kids can’t help but sound like actors reading lines from a script rather than people engaged in a genuine exchange. The artistic overtones lack any thematic connection to the characters or story, simply existing as flourish for the sake of flourish.

Worse still, Campbell’s tendency towards artistic indulgence ends up undermining what aspects of the film could have emotional impact. The visuals and score give no sense of atmosphere: the heat of the day, the frustrations felt by the young children at home, none of it is communicated. As the film progresses the youngest child Rose (newcomer Zamira Fuller) disappears after helping her mother escape a mental health centre. Yet the film retains its dreamlike mood rather than transition into the nightmare it rightly should be.

There are high points. While the father (Muhammet Uzuner) can be too much of a tertiary character his chemistry with Orton suggests a truly loving couple. The kids compose themselves well considering the material, indeed it is because they look and act the part of wayward children that they feel so out of place in this ethereal dream.

LIGHT YEARS is touring select UK cinemas from 24 September. Own it on DVD from 28 November.

The Lovers and the Despot Review