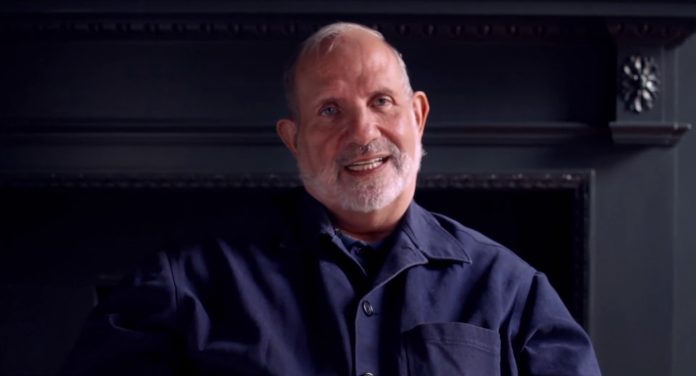 Even for fans of Brian De Palma and Noah Baumbach, this documentary co-helmed by the latter (with Jake Paltrow) about the former, awkwardly clunks together clips and stock footage from the great film-maker’s career and life yet falters due to a banal formation and overall lack of panache.

De Palma relays directly to the camera for most of the film’s duration. His chat spliced alongside a best of-like clip compilation and punctuated by stock-footage. While these prime cuts prove fascinating and the natter dynamic due to De Palma being such a lively raconteur, having anyone bark at you for the better part of two hours is ultimately exhausting. It is also lazy on the parts of the men behind it, who appear to have plonked the camera down in front of De Palma and done one for the day.

Paltrow and Baumbach, the almost consistently brilliant maker of mumblecore masterpieces The Squid and The Whale and Frances Ha, take a backseat and let De Palma do the driving. Yet, despite teeming with tall tales, home movie footage and awesome clips, De Palma is so blandly crafted, it resounds like an elongated DVD extra or glorified marketing fodder for a much grander project.

De Palma schleps from film to film, spilling beans from past productions, in a manner that’s on the periphery of gossip (you’ll never guess what Cliff Robertson did during Obsession etc), to tantalising titbits (juggling lawsuits after Phantom of the Paradise/directing Orson Welles on Get To Know Your Rabbit). Any old film fan will know where this is going and others hoping De Palma (the film) will serve as a fitting intro to the director’s work, beware.

The doc discloses, deconstructs and ruins the endings to most of De Palma’s films (although seeing that terrifying final shot from Raising Cain on the big screen is totally breathtaking). De Palma provides the solitary viewpoint on his life and work, where new interviews with family, friends and colleagues/fellow directors would have enriched the documentary and added welcome depth. His family history, film-making roots, fascination with Hitchcock, use of split screen/Diopter shots (allowing both halves of the screen to remain in focus) while telling of tetchy times with Robert Towne on Mission: Impossible and how he was scared of Bernard Hermann, are all interesting insights but not very riveting, even en masse.

De Palma imparting on how a suspense mounting set piece can be great for a composer, in relation to Morricone and his work on The Untouchables, is rhapsody for film fans, but moments like this are few and far between. His personal life is touched upon yet some stories hanker for greater elaboration. Like the time De Palma lied to a psychoanalyst to get out of going to war or spied on his father while he cheated on his mother and took photos of him like an amateur sleuth. This is the stuff that great films are made of, particularly De Palma’s, and would have made for a much more thrilling examination than this basically blow-by-blow recount.

Paltrow and Baumbach rely on past film clips to provide most of the documentary’s excitement without effectively extrapolating the juice from the real life tales we’ve never heard before, which would have adorned their film with depth and clout. Instead De Palma resonates as a flimsy and indolent charter, slightly bolstered by the enthusiasm of the director and clips from his mighty oeuvre. It’s occasionally fun but, for the most part, a scuffled misfire, lacking the scope, ambition and passion the subject truly deserves.