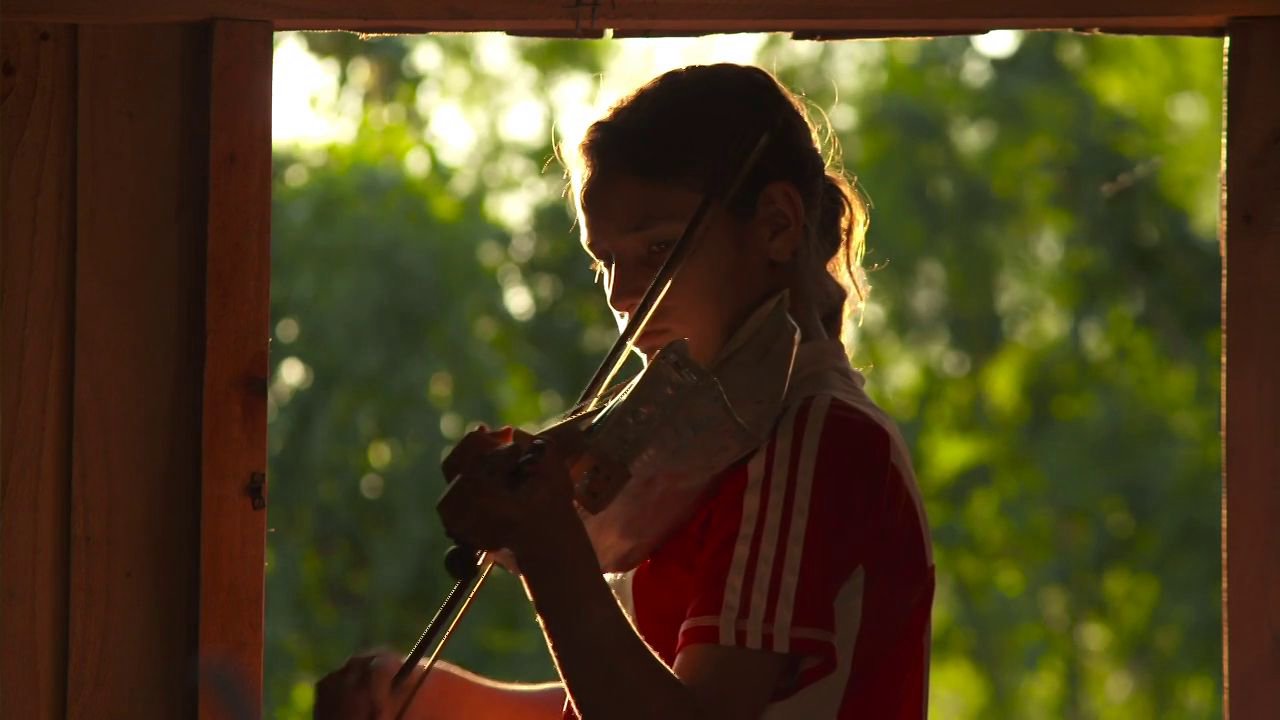 It’s hard not to fall in love with the story of the Recycled Orchestra from Cateura in Paraguay. One of the poorest regions in the country, it is home to the area’s municipal landfill site, where 1,500 tonnes of garbage is dumped from the main cities every day. It’s also where a group of youngsters, led by musical director and environmental worker Favio Chávez, started to turn that same garbage into musical instruments. Oil drums, tin cans, cardboard boxes, copper pipes and anything salvageable was fed into the workshop and, after some expert craftsmanship, an orchestra was created.

Over the course of a year, they started to play in local concerts and gained international notoriety after going viral, soon developing an unlikely alliance with heavy metal group Megadeth who invited them to play in the US.

A reel of gigs across North America and soon the rest of the world has catapulted them to almost universal acclaim, a heart-warming rags to riches story in the age of global poverty. Brad Allgood and Graham Townsley provide a platform for the kids to talk about their lives, their daily struggle and ultimately their dreams, or as violinist María puts it in the film, to touch the sky.

Its hopefulness, earnest as it is, also becomes its greatest downfall. Whilst it can be uplifting to see such innovation, drive and talent, not only on the part of the kids but on those who surround and support them, the prism through which we view this confirms prejudices already set in place in the West. How other countries exist only as ghettoised versions in our minds, with extraordinary acts of imagination their only saviour, is the same way basketball is deified in the United States as the “fun way out” for young African-American men – urban environments packed with courts which allowe everyone to “play” all the time.

The truth is that poverty remains the primary daily issue for many families in Cateura, and this is a story of resistance against that same poverty, but how the film theorises, conveys and analyses self-determination often sits uncomfortably with viewers. The filmmakers are clearly aware of this, and try to consider the whole picture, but the allure and romance of the story constantly puts the entire thing in jeopardy, as if it were proliferating the same type of media spectacle we associate with musical performance, and how these one-off stories contribute to forms of Othering. The way in which the West “gives fame” to talented groups is something assumed and integrated into the story – and it can almost become sickeningly patronising.

That being said, it’s a truly earth-shattering story, unquestionably empowering, and one which absolutely deserves to be told. How the group have taken waste and returned music is quite astonishing and the power of this art-form to cross borders and weave cultures, to speak and communicate at tremendous depths, is all the more celebrated and cherished in Landfill Harmonic.

Not without its weaknesses, it melts the heart, warms the soul and delights the ears all at the same time.