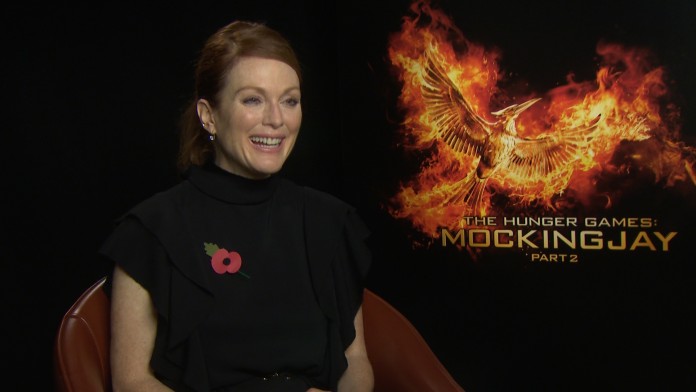 It’s always a pleasure to see Julianne Moore on screen, and in her role as President Alma Coin she brings a quiet gravitas to the chaos of The Hunger Games. Now, as Mockingjay Part 2 brings the series to an end it’s time to look back.

James Kleinmann sat down with the esteemed actress to talk about the final film in the series.