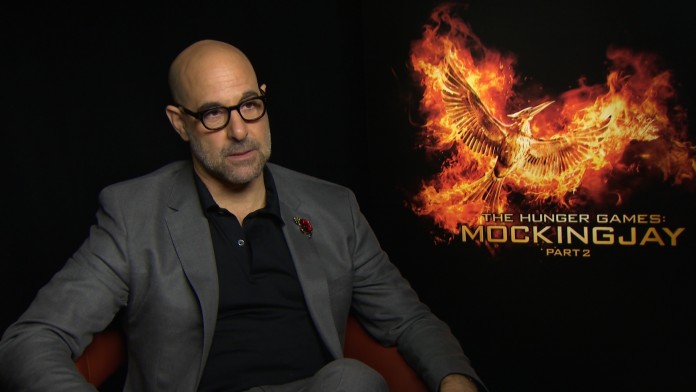 Though appearing as an ostensibly peripheral character in The Hunger Games Stanley Tucci’s glamorously insidious Caesar Flickerman has provided an important Panem-friendly face as the film series has gone on.

While his wardrobe might never reach the heights of Flickerman again it’s always a pleasure to sit down with the actor, which James Kleinmann did recently, to discuss Mockingjay Part 2.

You can also embed the video on YouTube here