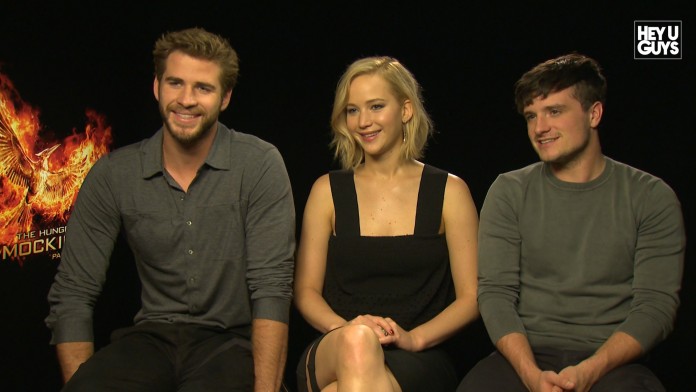 The Hunger Games are almost at an end. Despite the fantastic and crowded cast no-one has grabbed the spotlight on screen quite as capably as Jennifer Lawrence. Her personification of vulnerability and fortitude in the form of Katniss Everdeen is a grand achievement.

James Kleinmann sat down with the actress and her co-stars Liam Hemsworth and Josh Hutcherson to talk about the end of an era for her as the book closes on Katniss Everdeen, Gale Hawthorne and Peeta Mellark and the Mockingjay.

This video is available to embed on YouTube here.

Elizabeth Banks to direct and star in adaptation of ‘Red Queen’