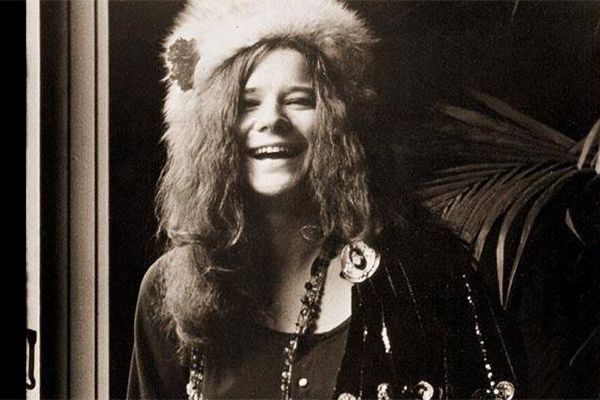 The ragged beauty of Janis Joplin’s voice; that diamond-in-the-rough, sandpaper, bluesy holler of surprising power and range, has enraptured listeners for decades. Her premature end in 1970 stunned the music community. It was also, coming at the age of 27, a loss that has gained notoriety for its timing, as she is oft-referred these days as being a founding member of the ill-fated and unfortunate ’27 Club’.

Amy J. Berg, fresh from documentary success charting the controversial West Memphis Three incarceration case in West of Memphis, has turned her attention to a rock icon that was scorched early in life and marked by a fragile ego in spite of her towering talent. Utilising a narration and complementary score by Chan Marshall (better known as indie musician Cat Power), Berg speaks to the key players in Joplin’s musical circle, as well as delving into archive interview and live performance footage, which is bolstered by a reading of correspondence written by Joplin to her parents and others.

We learn of the loneliness she felt, as well as the inspiration that she took from the likes of blues legend Odetta and her ilk. It becomes easy to see why Joplin sought solace and comfort in the pained, excoriating dirge of the blues. Those twelve bar rhythms not only suited her deep timbre, but also the sense of sadness that seemed to permeate her soul. Her start in life didn’t help. She was repeatedly picked-on at school for her appearance. This culminated in an episode where she was even voted ‘ugliest man’ in a cruel poll, and we learn that this event, in particular, ‘crushed’ her.

The live footage is frequently incendiary, as you would likely expect, but it is also occasionally rambling, as Joplin’s scat impulses veer too closely to the excursions that Robert Plant would take in the Led Zeppelin live show from the era. It is a little self-indulgent and although the feral, mercurial nature of this rough talent is laid bare, some more examples of her restraint would not go amiss amongst the wanton improvisations.

The construction of the documentary itself is also a little unremarkable, making this less of a cinematic experience and more of a thoroughly satisfying television documentary. Executively produced by Alex Gibney, it showcases the more uninspiring aspects of his recent music-based documentary work such as his Fela Kuti film, Finding Fela. There are certainly moments where this features drags rather than soars, and that in itself is a pity.

That said; it is sprinkled with eye-opening passages, one of which is footage by esteemed filmmaker D.A. Pennebaker, who managed to capture a previously nonplussed Mama Cass gawping at Joplin’s vocals and mouthing ‘wow’ to friends sat beside her at the Monterey Pop Festival.

Whilst not a masterpiece in what is a promising, and also quickly growing, Berg canon, this is no disaster either. Fans of Joplin will certainly revel in the material put forward here, in addition to the cautious reverence offered to the subject, which thankfully steers it clear of being an out-and-out hagiography.