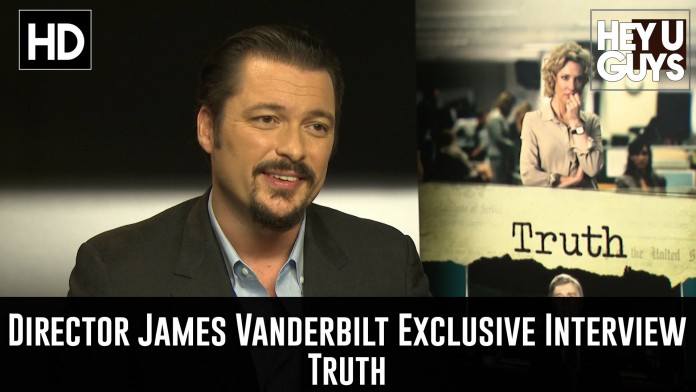 With journalism all the rage following on from the Best Film win for Spotlight at this year’s Oscars, it seems like the profession is going through a cinematic reinvention.

Director James Vanderbilt has assembled an amazing cast for his examination of the true story of an expose gone wrong.

Cate Blanchett and Robert Redford star in this engaging political tale, and we spoke with James about bringing it to the screen.

We also spoke about his next project, the second sequel to Independence Day. James shared a few details as well as telling us how much of a fan he is of the original.

Truth is released Nationwide on 4 March.