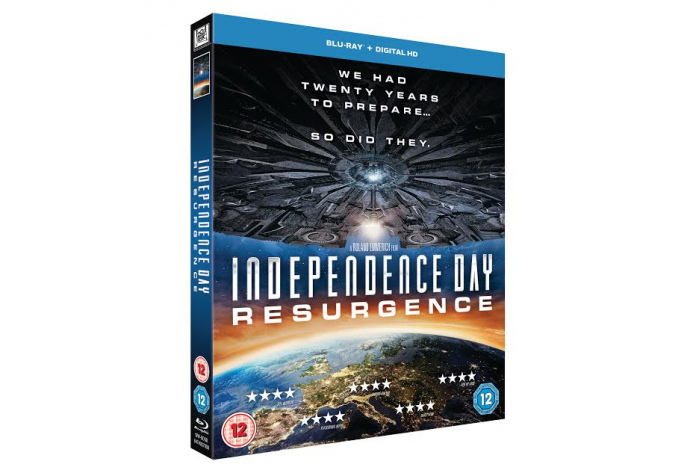 To mark the release of Independence Day: Resurgence, out now, we’ve been given 5 copies to give away on Blu-ray.

Twenty years after mysterious aliens nearly wiped out humankind, they’re back with a vengeance in this explosive sequel to the original blockbuster hit, INDEPENDENCE DAY! Using recovered alien technology, the nations of Earth developed a vast defense programme to protect the planet, led by Jeff Goldblum (Jurassic Park), returning as brilliant scientist David Levinson. But nothing could prepare us for a new invasion of unprecedented scale—and only the ingenuity of a few brave men and women can save our world from extinction. Co-starring Liam Hemsworth (The Hunger Games) and Jesse T. Usher (Survivor’s Remorse) alongside returning fan favorites Bill Pullman (Independence Day) and Brent Spiner (Star Trek), INDEPENDENCE DAY: RESURGENCE is an action-packed thrill ride from start to finish!

Check out this amusing infographic comparing 1996 tech to now!

Independence Day: Resurgence is out on Blu-ray and DVD now

Robert Downey Jr to voice Iron Man in animated ‘What If…’