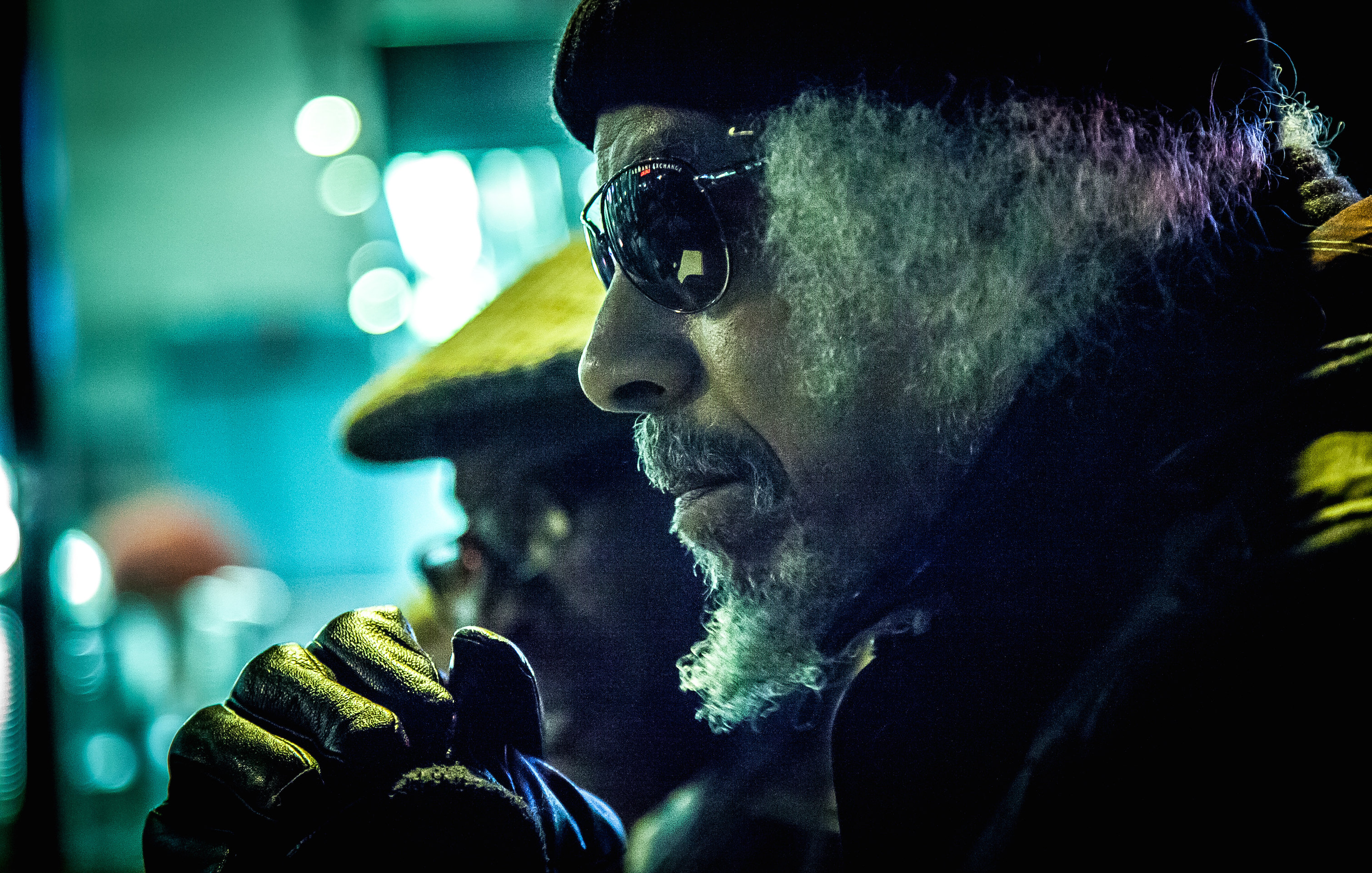 Jalal Nuriddin’s 1973 epic rap odyssey “Hustlers Convention,” about scamming and stabbing, using and abusing in the ghetto streets of New York City has been hailed as the origin of rap in the United States, not only a blueprint for artists throughout the late 1970s and 80s, but as a standalone album whose fiery truth and lyrics go unrivalled to this day.

Jalal was one of the original members of The Last Poets, a group channelling black power through poetry, to educate, inspire, entertain and empower amidst a burning age of civil rights campaigning, police brutality, cultural revolution, poverty and artistry.

Mike Todd interviews some of the key cats from (and followers of) the movement – KRS One, MC Lyte, Ice T, Chuck D – to remember and rejoice in the period, to celebrate Jalal’s genius and ultimately to help position his album at the rightful seat of power in rap’s shapeshifting history.

Todd follows Jalal, now in his seventies, around the present day streets to bring the 60s forward to us; if you wanted to hear rap music after “Hustlers Convention” came out, all you had to do was walk out your front door. This was an album which sold a million copies through word of mouth alone – no advertising, no sales pitch, just straight up hustle.

As one might expect, Todd drops in key lyrics from the recording, using footage, animation and talking heads to open it all up and have fun with it. It’s a shame that the film doesn’t ever really embody the album, make us feel its stories in the same visceral way the lyrics do. It relies on the genius of Jalal but the film could also do a lot more to hypnotise, transfix or otherwise seduce us into the era and that of its heroes.

Many of the original poets talk lovingly about the album and their performances, but this nostalgia could be pushed into mythologisation to take us right into the heart of it, into the soul of the music, in ways that might disrupt and whisk us up. Instead, the music is joyful and zips along, with a lot of its charm resting in the hands of its interviewees, but Hustlers could go even further in transporting us.

The transitory nature of rap, how it journeyed around the world via religion, culture or performance is something which could be explored more critically in Todd’s film. It’s touched upon, as Jalal was an advocate of internationalising rap to see what hybrids might spawn from travel and collaboration, but this is only a secondary issue.

The music and the film’s protagonists are easy to fall in love with, still ignited by their talent today, but the film could go beyond that to really inform and interrogate our own perceptions about rap, religion, tradition and geography. It’s as cool as old-school and as sublime as a Lightnin’ Rod rhyme, but Hustlers Convention is also in need of the kind of originality Jalal felt and infused in his poetry over forty years ago.

Hustlers Convention releases in select UK cinemas from 26th June, and will be available to own from 27th July.