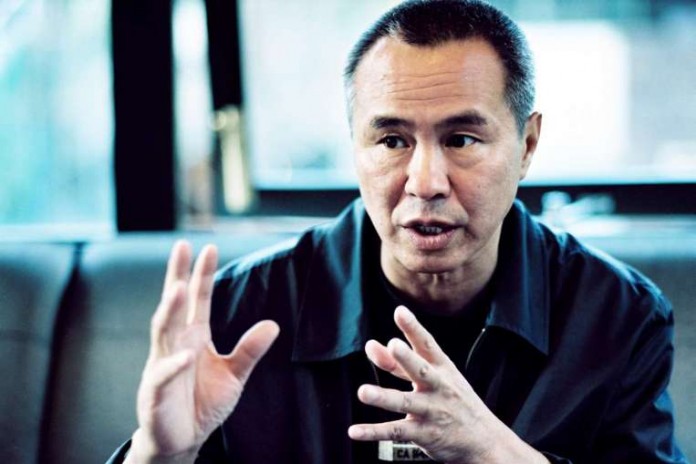 The venerable, Taiwanese filmmaker Hsiao-hsien Hou has persistently transcended the tropes of the genre in which he is tackling. With a career behind the camera spanning 35 years, presenting features such as A Time to Live, a Time to Die to the more recent endeavours Three Times and Flight of the Red Balloon, here is a filmmaker who pushes boundaries, offering an eclectic, innovative range of productions.

His latest is The Assassin, which played in competition at Cannes, and picked up a number of new admirers following its showing in at the London Film Festival last Autumn. It’s a sumptuous, slow-burning picture that is visually breathtaking. It’s also Hou’s first deviation into the world of wuxia – a sub-genre which depicts martial artists in ancient China – but when we had the glorious opportunity to sit down with such a revered auteur during his trip to England, he explained that he doesn’t want it to be defined as being merely a wuxia film.

“I would prefer that this film is not defined by wuxia, because there is already a general concept and idea about that,” he said. “There’s still realism to my style, it’s not limited within the general concept of wuxia. Because it took me a lot of energy and effort to do that, it may not be that easy to make another one. Even though the 9th century in China is the golden age of Chinese history – it’s the Tang dynasty. I am fascinated by it.”

The actors within this picture were not well-versed in martial arts either, which Hou admitted was a hinderance to the shoot.

“It took a lot of time to shoot the action scenes because none of the actors could do martial arts,” he smiled. “We practised a lot to get it perfect. But because of the limitations of the actors, and they didn’t know martial arts, it’s impossible to make a perfect fight.”

Part of the enchantment and ineffable beauty to this endeavour is the distinct lack of violence on show – with no blood shed, in spite of the severity of the narrative – which is of course evident from the film’s title.

“It’s not necessary to have blood. I don’t like it. Some of the kung-fu masters and consultants suggested that we should have some blood, to spill out from a cut from the neck – but no, I simply don’t like that.”

Much of the acclaim towards The Assassin has been directed as the visual spectacle it provides, with a vibrant aesthetic that makes for such an indelible cinematic experience. Hou described his stylistic choices – such as why he opted to shoot in black and white for the opening sequence, and also the decision to shoot from afar – a style preference we often associate with his work.

“The black and white beginning is just like the beginning to a novel, where you have a prologue. You use it in that way, to introduce this film,” he explained. “As for the long shots, while I usually prefer a long take and long shot – if the close shots can deliver a good scene I will still use that. It’s not just about giving freedom to the actors, it depends on whatever situation is comfortable. Usually we set up the backdrop in an open ground area rather than indoor in a closed space. I prefer natural sunlight, and you can see when they wear silk dresses, brought from India and Korea and they reflect the natural light.”

“The landscapes in the film are natural too, they’re real – no post-production on that. A lot of the buildings we shot at are actually in Japan because they learnt a lot from the Tang dynasty, especially in construction. We also did a lot of takes in the high mountain lakes of China. Many people in the audience saw that and thought it was done in post-production, but at certain times there is a natural phenomenon, you can see these beautiful clouds.”

Hou, who was suffering from a cold the day of our meeting, coughing between sentences, still appeared to be a filmmaker with a lot left in his tank, despite approaching 70. As a result, he’s led a career that is rich and established enough to warrant a season of his movies, which took place at the BFI last year. But he admits he doesn’t like returning to his previous productions.

“Of course I was grateful my previous films were being appreciated, but for me, I am too embarrassed to watch my previous work. Even with this film, maybe after a decade after I think, why did I do that?”

Naturally, we couldn’t help but ask what film he feels best defines him as a filmmaker, the one project he looks back on with the most pride. His answer was somewhat surprising.

“Goodbye, South, Goodbye,” he laughed. “Before shooting it we didn’t have any script but I worked with the three actors, from Good Men, Good Women. I brought them and that film to Cannes and there they stayed in same apartment and hung out together all the time, every day – so they became very familiar with each other and I saw a very interesting interaction. They became very good friends and it inspired me to shoot Goodbye, South, Goodbye and focus just on these three actors, and based on them I designed the characters and developed the story from that. That’s why.”

The Assassin is released on January 22nd. You can read our Cannes review here.

Win The Assassin on Blu-ray

The Assassin, and the Female Narratives of Hou Hsiao-hsien