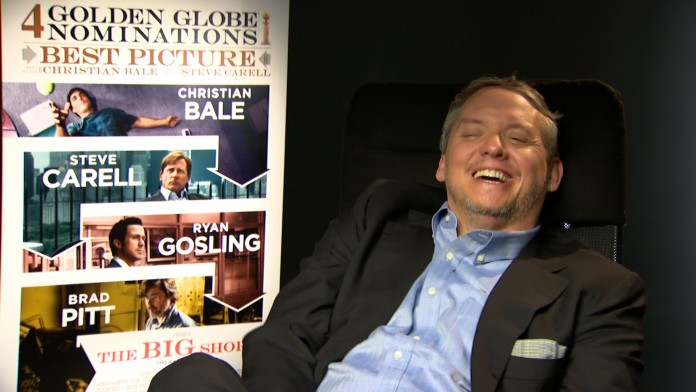 Renowned, primarily, for his work in comedy, Adam McKay (Anchorman, Step Brothers) has now turned his head to drama, and in quite emphatic fashion, with the multi-Oscar nominated The Big Short.

We had the pleasure of speaking to the man himself, to discuss what inspired this move, and what it feels like to be involved in the award’s season for the first time. We also speak about assembling a cast that consists of Steve Carell, Brad Pitt, Ryan Gosling and Christian Bale – and he tells us about his future project Border Guards, where he reunites Will Ferrell and John C. Reilly. Oh, and he speaks about Ant-Man and The Wasp, which he hopes to be writing for Marvel.

The Big Short is released on January 22nd. You can watch our interview with Steve Carell here, and read our review here.