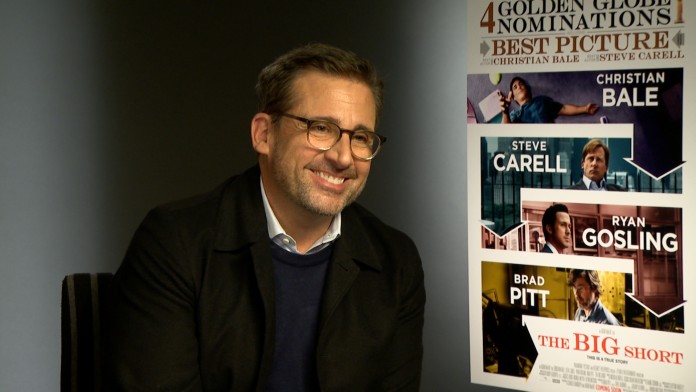 After a stunning turn in Foxcatcher, it’s no surprise to see Steve Carell flex his dramatic chops once more, this time in Adam McKay’s Oscar nominated The Big Short – studying the downfall of the economy.

Carell discusses with us his own memories of the financial crash, and what it’s been like sharing this project with co-stars Brad Pitt and Christian Bale, despite having not shot a single scene with them. He also tells us whether he believes Foxcatcher to have been a turning point in his career, and his thoughts on Ricky Gervais’ upcoming David Brent spin-off, and whether revisiting the role of Michael Scott is something he may be interested in himself.

The Big Short is released on January 22nd.