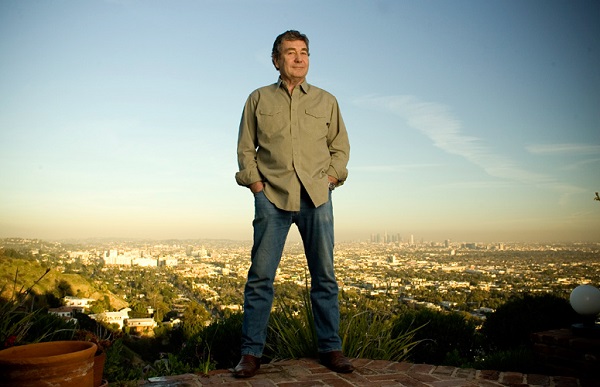 In this second part of our chat with Vic Armstrong, we get an insight to his thoughts on the resurgence of practical FX, working on Eddie the Eagle and his latest projects.

You worked on Mission Impossible III with Tom Cruise. How is it for you working with actors who are very much hands on when it comes to stunts?

I did Legend with him and Ridley Scott years ago and then War of the Worlds. So when I came to do Mission Impossible I actually staged all the stunts, designed them, so that Tom could perform them.

Tom has balls and gets in there and does it. I trust him explicitly. My son is now working with him and did the last Mission Impossible with him and just finished doing Jack Reacher 2. Then he’s going to do The Mummy with him as well.

Which actor was the most naturally gifted at performing stunts?

Tom has to be one of them and Harrison. I always used to say that Heath Ledger would have been another Harrison Ford. We worked on The Four Feathers and taught him to ride and stuff like that. He would’ve been a natural.

Taron Egerton is very very good and just did Eddie the Eagle with him recently. My other son, funny enough, is working with him on Kingsman 2. Taron is very talented, great actor, and very physical. I think he’ll win the BAFTA Rising Star Award.

How does working on a film like that differ to bigger productions with massive action sequences?

That film wasn’t without its challenges. You have to be very careful where you put your cameras but be inventive to come up with new positions to make the shots real. You then have to film the crashes so a lot of thought process goes into it.

To me it’s just as demanding as doing a Bond chase. Each one your big challenge is trying to get originality into it. It’s just the originality aspect that is the hardest thing in all of them.

What are your thoughts on the comeback practical special effects has made? Do you think cinema audiences are a bit jet lagged from CGI and digital FX in general?

If it doesn’t look real then you know it’s a cheat. The great thing about Raiders of The Lost Ark is there was a lot of CGI in that and it’s the same with the old Star Wars but you couldn’t see the joins. You see Harrison Ford do all that but it was all part of the magic of moviemaking.

Now we have wonderful technology of visual effects and to me it’s fantastic but you must use them in the right way.

How did you deal with directors that wanted to do over the top stunts that wouldn’t look believable?

Every director’s job is to push you as hard as you can go. You’re employed for your ability and experience of what is possible and what can be done. I’ve said no many many times but you never say no full stop. You say no but then offer an alternative on how it could be done differently.

One film that comes to mind was Escape to Athena. A dear friend of mine, George Cosmatos who directed the second Rambo film, wanted for the opening sequence a Greek resistance guy being chased by German soldiers jumping off a railway bridge and escape.

I asked how big the drop was, he said about 80ft and when I looked it up it was like 450ft so told him we couldn’t do it. I gave alternatives by building platforms and film it all in cuts so it would look seamless.

In the end he calls me up at four in the morning with a brainwave and said “I’ve solved the problem. He could’ve stolen a German helmet, wear that and that would save him.” I then put the phone down on him. We didn’t do the sequence anyway but that’s the sort of battles and fights you would have.

What is it you are working on at the moment?

I am just doing Penny Dreadful in Spain and it’s been fabulous. I’ve been over to Ireland on it but doing a sequence in Spain so I am directing the action on it and also playing a marshal in it. I’ve just finished a film with William Shatner, Linda Hamilton and Vingh Rhames. Nikki Reed is starring in it [A Sunday Horse].

It’s a story about overcoming adversity and it’s a feel-good story that comes out in April. My daughter is in it playing William Shatner’s trophy wife. [laughs]

How was it working with William Shatner?

I thought we had no chance of getting him but knew he was a horse man and my wife said it was a good script so offer it to him. He was such fun and rode in it – he’s a good rider. We just had a wonderful time and is so iconic and a hero of mine.

He is such a nice guy. We’d have a beer and cigar after work each night and talk about things. It was just great.

Vic Armstrong: In Person tickets at the Glasgow Film Festival are available to purchase from here