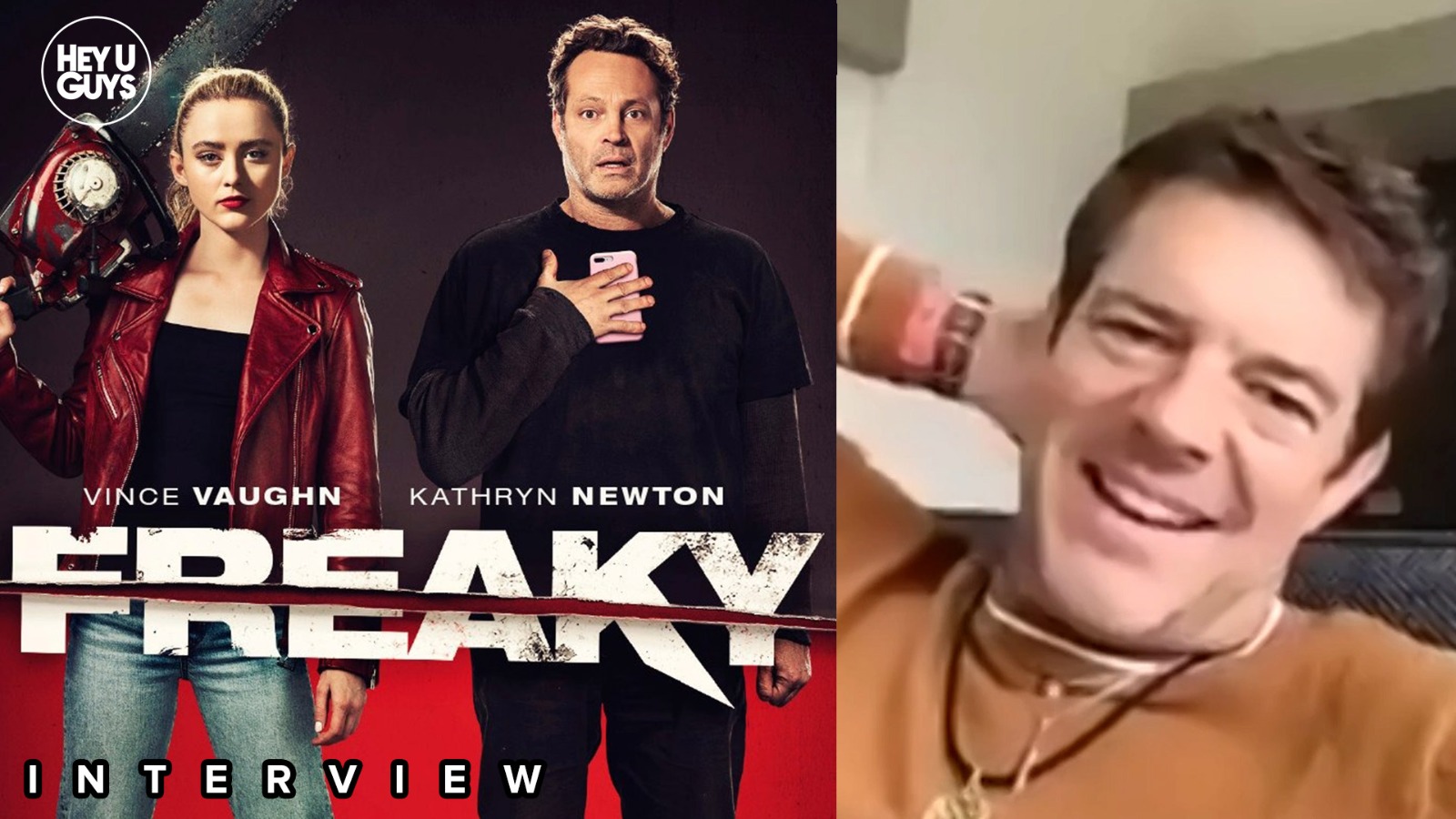 The film has been pushed back. And pushed back again. But it’s been worth the worth, as seeing Freaky on a big screen is as good a time you’ll have this Summer. To mark the release, we had the pleasure in taking part in a big ol’ virtual junket, speaking to esteemed producer Jason Blum – whose attachment to the project alone is a good sign, as well as director Chris Landon (and he also talks to us about Happy Death Day 3 – and a potential crossover with Freaky). Then we chatted to stars Misha Osherovich and Celeste O’Connor, and even put their friendship to the test with a little game… Watch all three interviews in their entirety below.

Seventeen-year-old Millie Kessler spends her days trying to survive high school and the cruel actions of the popular crowd. But when she becomes the latest target of the Butcher, the town’s infamous serial killer, her senior year becomes the least of her worries. When the Butcher’s mystical dagger causes him and Millie to magically switch bodies, the frightened teen learns she has just 24 hours to get her identity back before she looks like a middle-aged maniac forever.

Freaky is out in cinemas on July 2nd

“This could have easily been a Cassavetes movie” – Sarita Choudhury, Sunita Mani & Omar Maskati on Blumhouse’s Evil Eye