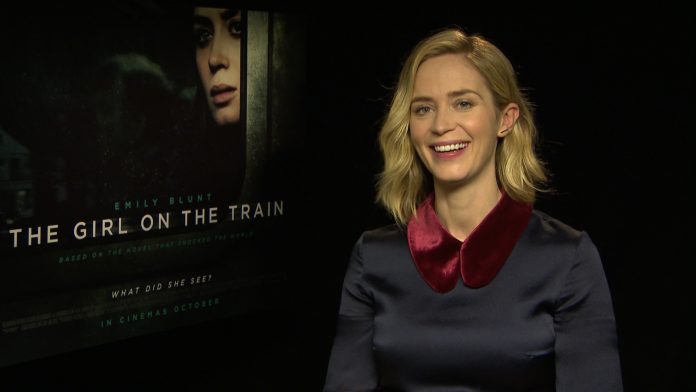 Emily Blunt turns in one of her very best performances to date, in Tate Taylor’s whodunnit thriller The Girl on the Train – and to mark the film’s release, on October 5, we sat down with the talented, and distinctly affable actress.

We discussed the challenges in taking on a role from such a popular piece of literature, while she also comments on the quotes from co-star Haley Bennett, who claimed Blunt has been something of a mentor to her on set – to then tell us who she was inspired by in the early stages of her own career.

If playing Rachel from The Girl on the Train comes with pressure from an expectant audience, then it can’t have put Blunt off, for she’s set to embody the role of Mary Poppins, and we spoke to her about the forthcoming project, which you can see in a cut-out video below.

The Girl on the Train is released on October 5th. You can read our review here.