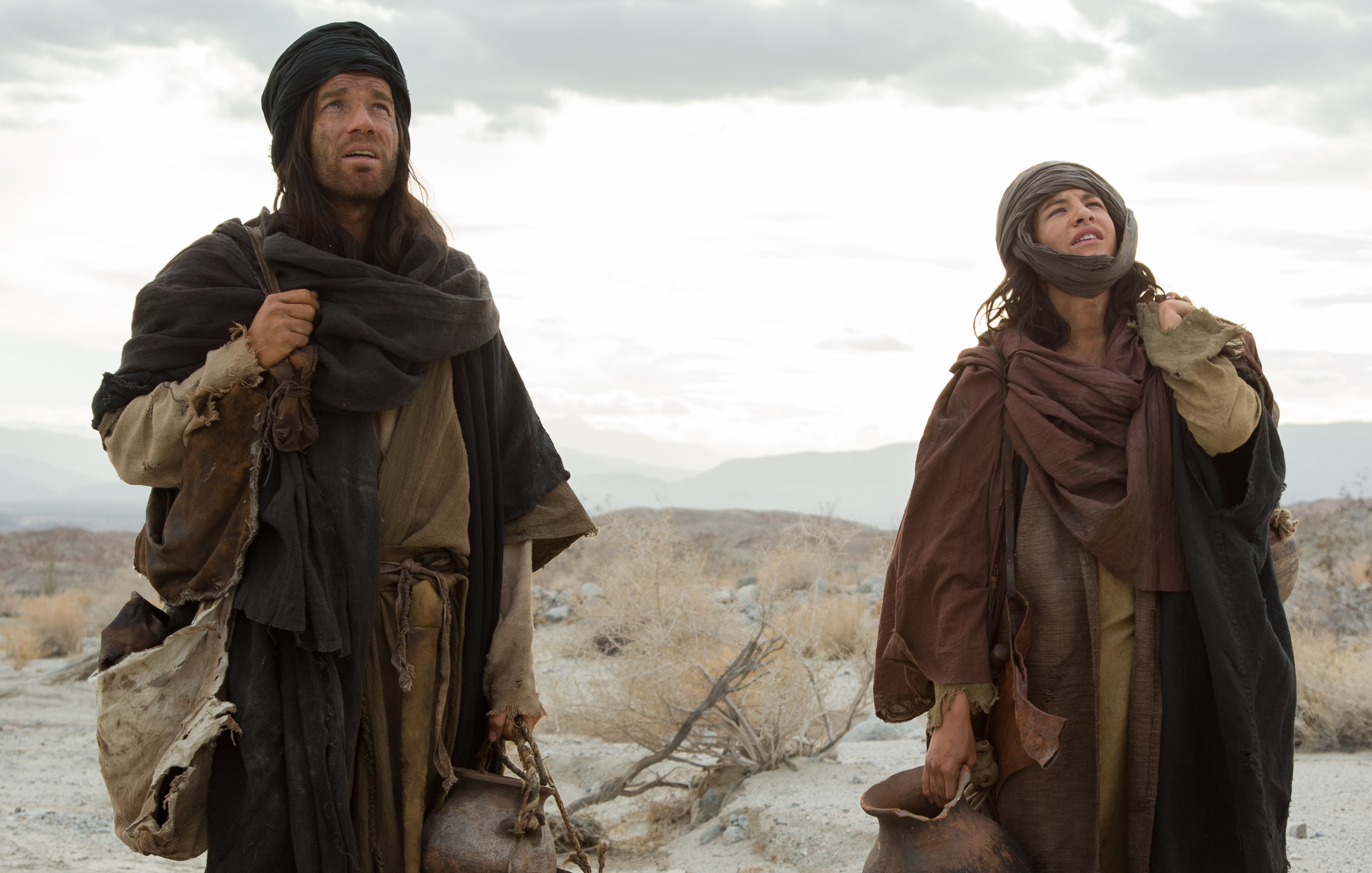 Several weeks into his self-imposed exile to the Judaean Desert, Yeshua (Ewan McGregor) happens across a family living in the mountains above Jerusalem. A father (Ciarán Hinds) is caring for his dying wife, while working with his son to build a new home on a nearby clifftop. The son (Tye Sheridan), however, unsatisfied with his stoic life, longs for adventure and a chance to see the sea.

The mother (Ayelet Zurer), meanwhile, does not want her son to see her die, but cannot convince her husband to let the boy go. Although he initially passes them by, Yeshua is tempted back by Satan (also McGregor), who wagers that if the Son of God can resolve the conflict to everyone’s satisfaction he will let him continue on his way undisturbed.

Generally, big-screen biblical adaptations fall into one of two categories: either they slavishly respect the source material while using special effects to appeal to non-Christians, or they challenge the scripture and court controversy as a result.

Rodrigo García’s Last Days in the Desert, however, is neither ecclesiastical or iconoclastic, instead pitching itself as an extra-canonical arthouse film that is unorthodox rather than overtly blasphemous. This is a story of fathers and sons rather than Father and Son; a film that hones in on the human being behind the myths and the miracles. To Hinds’ patriarch, as to Garcia’s audience, Yeshua is simply a holy man, not necessarily the Messiah.

Fittingly, Last Days in the Desert is set at a crossroads, at the point at which Yeshua might remain in the desert or finally return to civilisation to assume the role of saviour. With their protagonist’s divine destiny on hold, García and McGregor are free to explore other aspects of Yeshua’s character. They imagine a hungry, lonely, unhappy man, who finds an escape from the extreme temperatures and harsh conditions of desert life in riddles, working with his hands, and even the sound of passed wind.

This is Jesus as you’ve never seen him before: angry at his Father, reluctant to get involved in the lives of others, and open to the devil’s counsel. The stakes may be relatively small, the situation rather mundane, but the character of Christ has rarely been more compelling. Patience is a virtue, after all.

Breathtakingly photographed by Emmanuel Lubezki, the acclaimed cinematographer from Gravity and Birdman, California’s Anza-Borrego state park is transformed into the Judaean desert just as Scotland’s McGregor is transfigured into Christ.

The first act features little more than Yeshua navigating canyons and cliff-tops, but the scene is no less captivating for its austerity. Accompanied only by the spectre of Satan, McGregor essentially converses with himself until Sheridan and Hinds force a change of both setting and subject, if not pace.

Hinds is no stranger to historic fiction, and you half-imagine that he might have provided his own robe, but for Sheridan this marks something of a departure. Nevertheless, he brings the same intensity and intelligence to the would-be Israeli desert as to the American backwaters of Mud and Joe. Together, they make quite the team, though sadly Zurer enjoy the same screentime or scrutiny.

For the most part, Last Days in the Desert feels remarkably fresh and unprecedented. Unfortunately, the film loses something of its conviction towards the end of the last act, when an awkward epilogue threatens to undermine the free-standing of García’s story. Until then, however, it’s wholly — if not Holy — original.