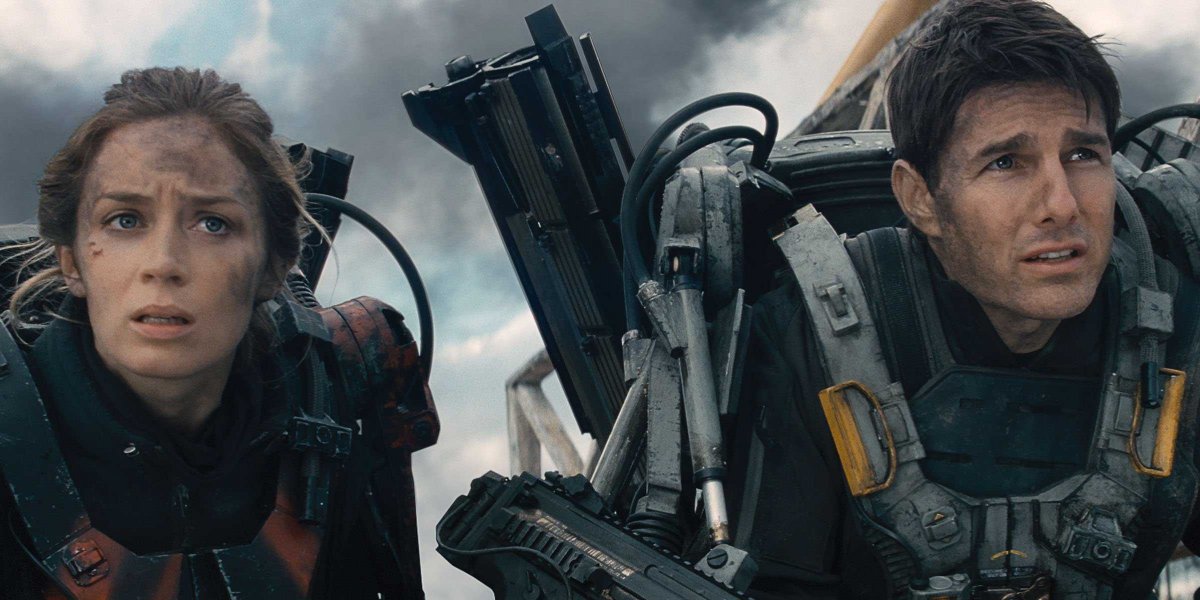 Whether you know it as All you Need is Kill, Edge of Tomorrow or, as the Home Entertainment release has it: LIVE, DIE, REPEAT… it was one of the surprises of the Summer.

Throwing Tom Cruise and Emily Blunt together on screen was always going to work well, but the real winner here was Doug Liman’s cinematic honing of a great adaptation of Hiroshi Sakurazaka‘s source material. Credit to the Butterworth boys and Mr. McQuarrie there.

We’re running a competition to win the film and other assorted goodies so CLICK HERE to enter.

The clip we’ve got for you today is among others included on the Blu-ray and is from a later scene in the film, as Cruise’s suitably monickered Bill Cage approaches the final assault against the invaders. It opens up the desolate world a little more, shows us a horse (and who doesn’t like a horse cantering through an apocalyptic wasteland?) and gives a little more context to the enormity of the task at hand.

The film was a fun one certainly one of the best of the summer, here’s your clip,

EDGE OF TOMORROW IS AVAILABLE TO OWN ON BLU-RAY 3D™, BLU-RAY™ AND DVD FROM 13TH OCTOBER OR DIGITAL HD AVAILABLE NOW. REPEAT.

“This is our chance to control the truth…” Mission: Impossible – Dead Reckoning teaser trailer drops